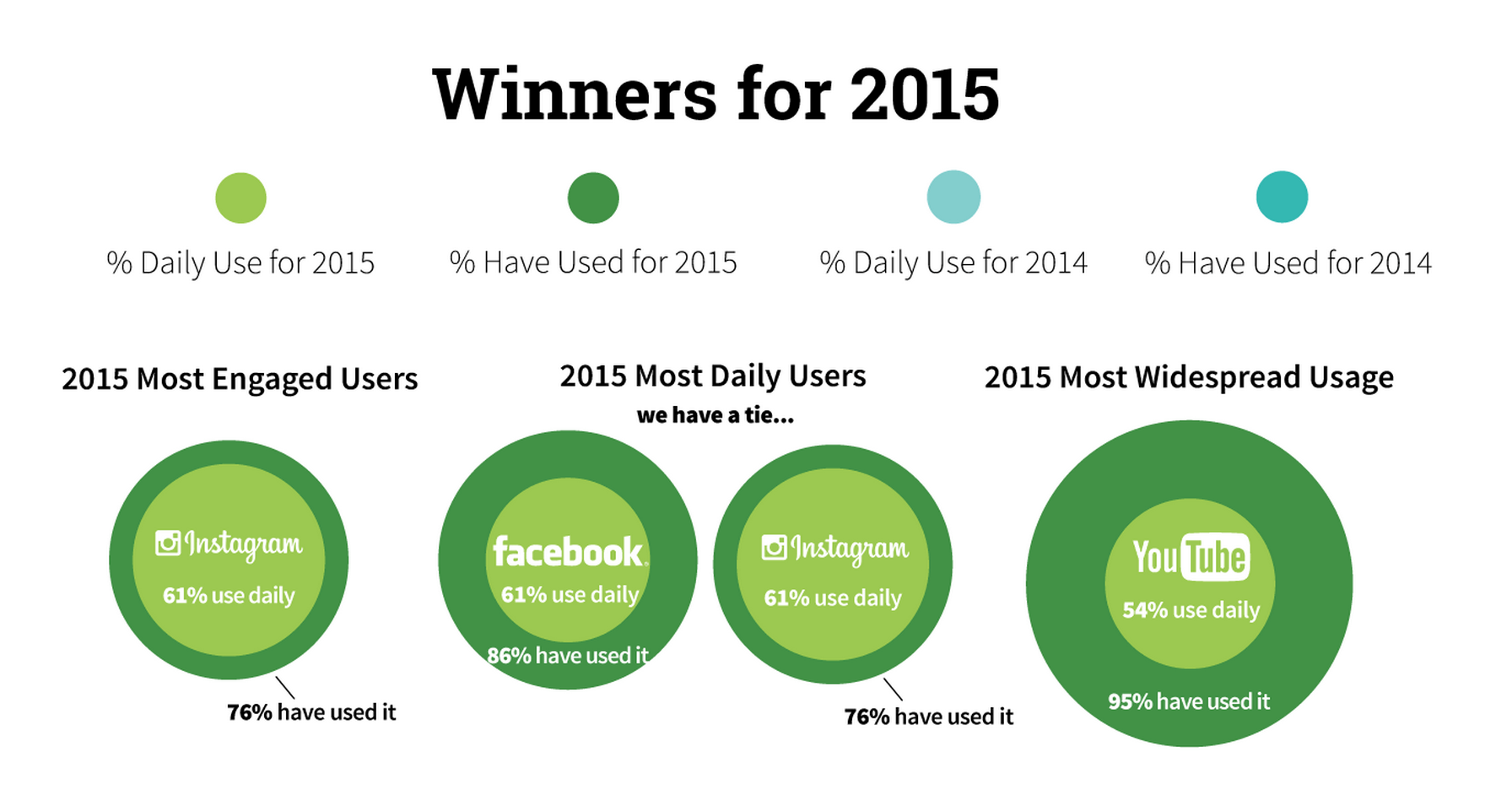 With every passing year, the habits of young tech consumers are constantly evolving, as new apps become the hot trends, and older services are left behind.

Trying to keep track of these changes are Niche, a college ranking and review site, who have tracked what tech, services and media 2015’s high school graduates are using.

The company surveyed 10,000 college-bound students, asked them about their technology habits, and compared the results with students from the year before.

Niche found that the three biggest winners were Spotify, Netflix and Snapchat, who saw massive gains amongst high school graduates.

Spotify’s daily usage increased by 78% compared to the year before, Netflix saw a 36% increase and Snapchat’s daily usage grew by 32%.

On the opposite end of the spectrum, the biggest losers were Tumblr, whose daily usage fell by 13% and Pandora whose fell by 11%.

Niche also looked at the social, dating and meeting apps used by the class of 2015.

Rather surprisingly, they found that Tinder was apparently only used by 2% of high school graduates daily, and just 6% had ever used it.

The biggest platforms for those finishing high school were Instagram and Facebook, which were both used by 61% daily, and Snapchat, which was used by 60% every day.

The much talked about migration away from Facebook by younger users seems to have no basis when looking at Niche’s data – with levels of daily engagement staying steady from the year before.