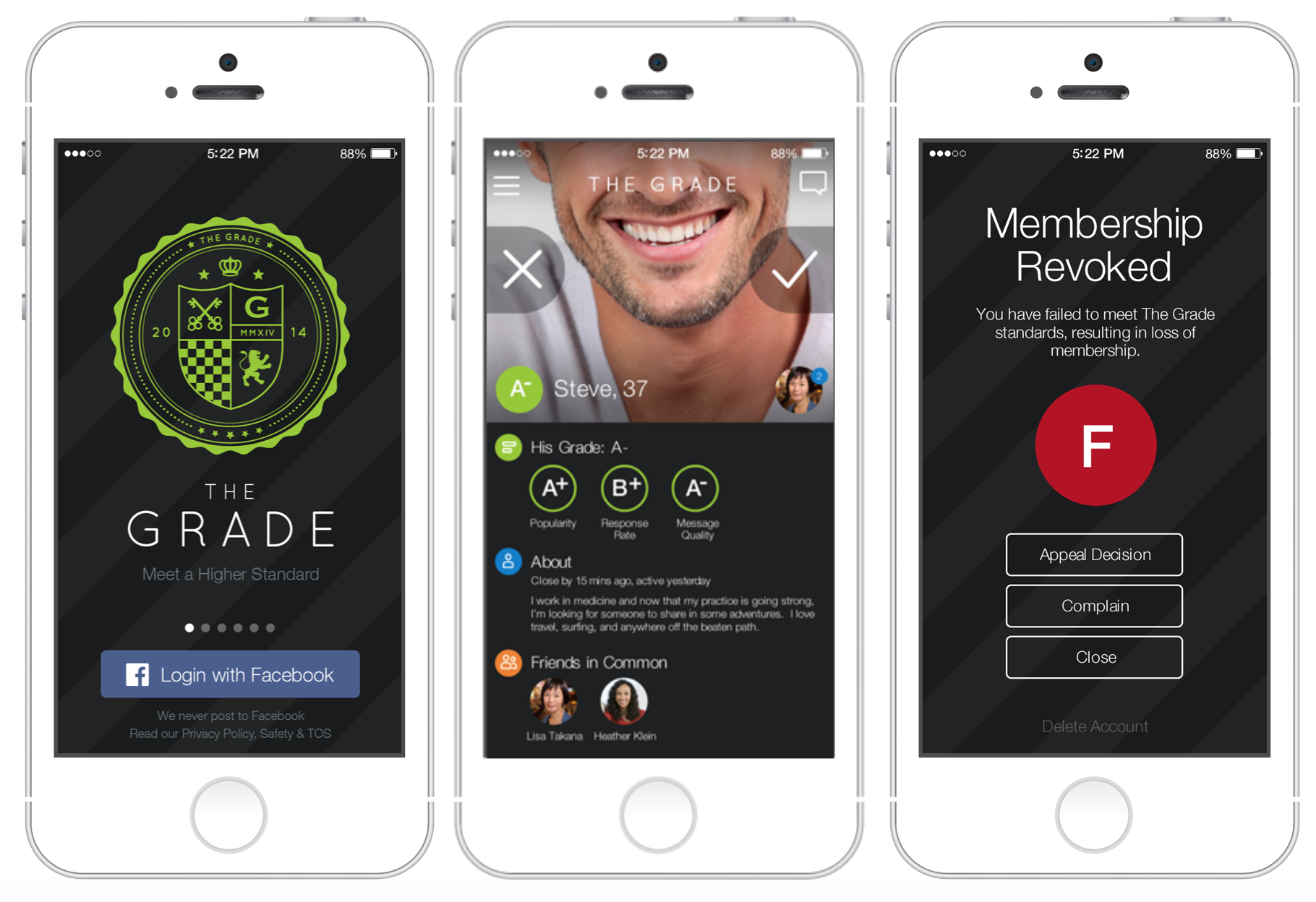 While building a new competitive app for today’s modern daters, Snap Interactive had a simple idea: make daters accountable for their actions.

Online daters these days, especially women, are used to a wide spectrum of messages, from charming and cheeky, to creepy and abusive.

However dating sites and apps have generally only given two options: ignore and move on, or report and block.

And while some of this behaviour may certainly warrant a ban, many daters will simply choose to end the conversation, and unwelcome actions go unpunished.

This is where The Grade is different – letting users choose a middle ground between the two extremes, by rating other users’ behaviour, which when collected together gives each person a grade.

And when we spoke to the CEO of Snap Interactive, Cliff Lerner, he said this philosophy was paying off – with women replying more often, and user engagement staying high.

When we asked why Snap, a public company whose flagship product is Facebook-based AYI.com, decided to base their new standalone app around a grading system, he said:

“We created The Grade in response to consumer feedback, particularly women, that revealed the poor experiences users were frequently enduring in mobile dating. Women were fed up with receiving hostile, sexual, or inappropriate messages from men, and men were tired of getting ignored by women unresponsive on dating apps.”

Grades, which range from A+ to F, are calculated using criteria including: popularity, quality of profile, message responsiveness, spelling and behaviour.

If a single’s rating falls to a C, they are told to improve their behaviour, and if it drops to an F, they are kicked off.

Lerner said since launching in November 2014, they have booted off 1,000 singles for “poor behaviour and failing grades”.

And alongside this, Snap said it has seen a 43% decrease in the use of slang, spelling errors and offensive content.

This has led to women liking men 21% more often, and responding to their messages 47% more often.

And this feature is also designed to help its male users, by making sure they get responses, and Lerner said women on The Grade respond to 56% of messages they receive.

The CEO said: “Although we don’t know how this compares to other dating apps, we’re very excited that guys get a response more than half of the time from women, likely due to the high quality content of the messages.

“Furthermore, less than 1 out of every 200 messages from men contain what we define as low quality content, demonstrating that accountability, and the threat of expulsion, may be contributing to the infrequent use of vulgarity.”

And although Snap is not yet releasing figures about users, or the all-important MAU number, the company did say 80% of users return after downloading, and 40% of singles are still using the app after 30 days.

And while it’s hard to judge an app without key user metrics, with its positive engagement and community-orientated stats, if The Grade can continue to acquire users at a consistent rate, Snap could well have a success on their hands.