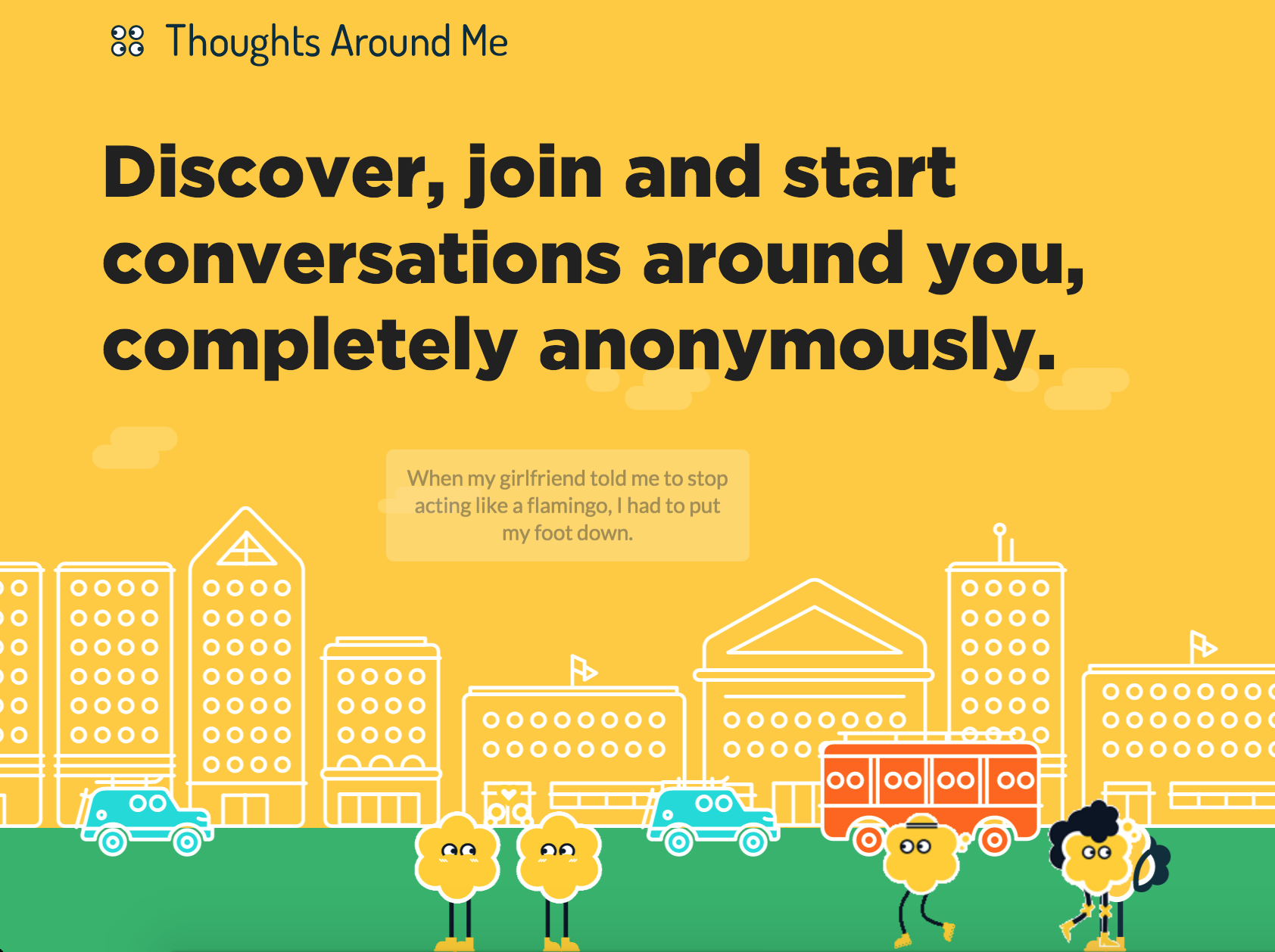 Anonymous messaging app Thoughts Around Me has just released the Android version of its app.

Thoughts Around Me allows its users to post and comment on other user’s messages in their vicinity without revealing their identities.

Both iOS and Android users are able to read and comment posts from all over the world on the app’s New and Trending sections.

The app also allows users to post pictures and animated GIFs, while giving them the freedom to “upvote” and “downvote” other users’ comments by swiping left or right.

Speaking about the app, Kassem Younis, co-founder of Mana, said: “Lots of anonymous messaging apps are now doing very well in the app store but, from our experience, people stop using them very quickly. They usually get bored of abuse on the service or they only end up using them for dating and meet-ups.

“With ‘Thoughts Around Me’, we believe we have created a platform that people will want to use in the long-term. We have put a lot of time and effort into creating an app that encourages on-going discussion and debate rather than single-time use. “We have created a space where people are connecting with each other based on their feelings, thoughts and ideas, and not on superficial things like their appearance.

“I’m most proud of the incredibly supportive community that has evolved on the app, and its rapidly growing popularity indicates that there is a desperate need for more truly anonymous online spaces.”

Unlike a number of its competitors, Thoughts Around Me does not gather any user information that could later be used to determine identity, so all of its users remain completely anonymous.

In-keeping with its conversational nature, there is no limit to the number of comments users can add to a post.

According to the company, some popular posts have received more than 1,000 comments.

So far, the iOS version of the app has been downloaded more than 35,000 times, and users have posted more than 600,000 comments.

Mahdi Yahya, co-founder of Mana, said: “We think we have really tapped into something that people want. The success of the iOS version shows that. People want to ask questions and start conversations without being judged.

Download the app for Android here and iOS devices here.