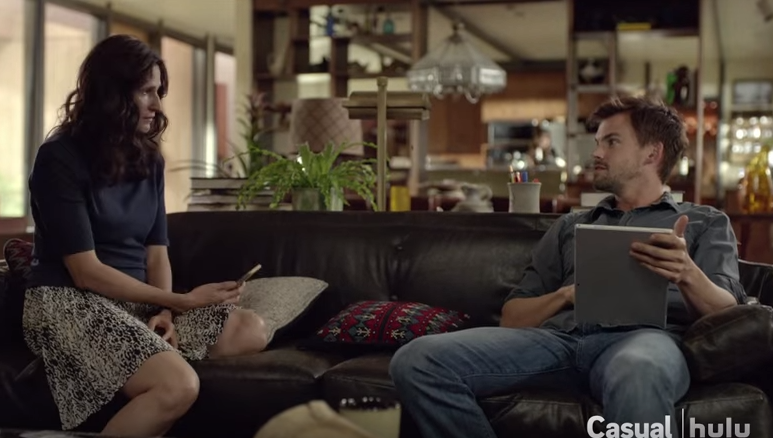 The first episode of a new US sitcom about the harsh realities of modern dating recently aired on American streaming service Hulu.

Created by Zander Lehmann, Casual depicts the challenges of dating in today’s society, and the struggles often faced when entering the online dating space for the first time.

The 10-episode series follows the story of siblings Alex (played by Tommy Dewey) and Valerie (Michaela Watkins), as Valerie and her daughter move back in with her brother following a breakup.

On the surface, characters Alex and Valerie have completely opposite objectives when it comes to dating.

Alex is serial dater who created a dating app called Snooger, while his sister is a divorcee with no experience of the modern dating world.

And through their seemingly different love lives, the show comically explores the most relatable faux-pas in today’s online dating world.

The first episode of Casual was aired earlier this month, with weekly instalments made available on Hulu every Wednesday.

Speaking about the reason for choosing to air the show on Hulu, Lehmann told TV Guide: “It was pitched to one or two cable companies. We went to Showtime with it and we went to the streaming networks.

“I had the scripts and Jason was going to direct them, and those scripts were not appropriate for network television, and Jason was not going to censor himself to make a network show.

“We were super-lucky that Hulu wanted to make our version of it. I’m sure there’s a version of this show that is a network show that has a laugh track and the sort of zany adventures, but it was great they let us go down our path and didn’t force us into that one.”

Check out Casual’s official trailer below: