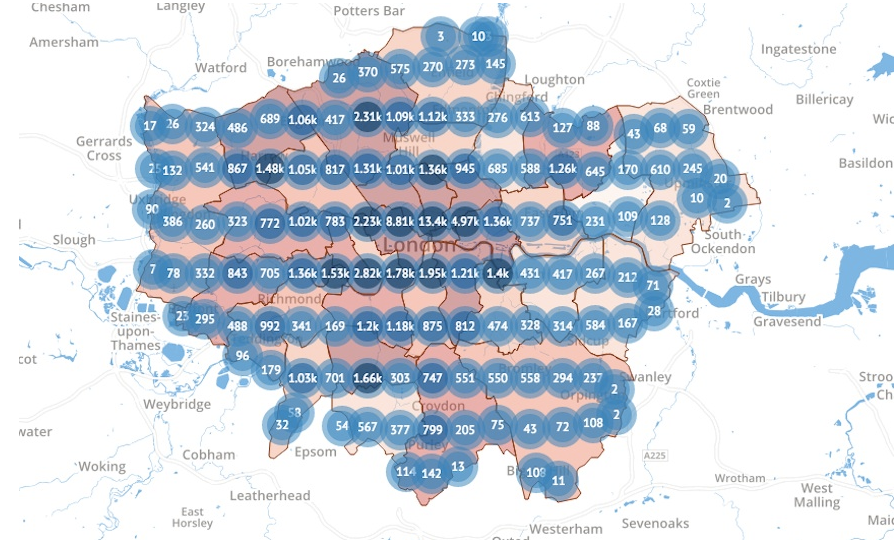 A new interactive map has revealed the number of technology companies currently operating in London.

Tech Map London, which was commissioned by the Mayor of London Boris Johnson, has found that the capital is home to an impressive 94,000 tech companies, taking in an estimated annual turnover of £135bn.

Using data from Companies House, the map also revealed a total of 700,000 people are employed across the capital’s tech sector, with staff turnover lowering by 2% from last year.

Out of its 32 boroughs, Camden, City of London and Westminster were named as the top three tech districts, with Shoreditch left out of the top ranking due to its scope across Hackney, Islington and Tower Hamlets. The map also identifies the biggest earning trade within the sector as publishing and broadcasting, which makes up almost half of its total revenue.

Digital technology companies made up a further quarter of the sector’s annual profit.

But despite the wholly positive results of the map, its accuracy has been been largely questioned, given that some individuals have found sixth form colleges, fisheries and book publishers among those named as tech companies in the capital.