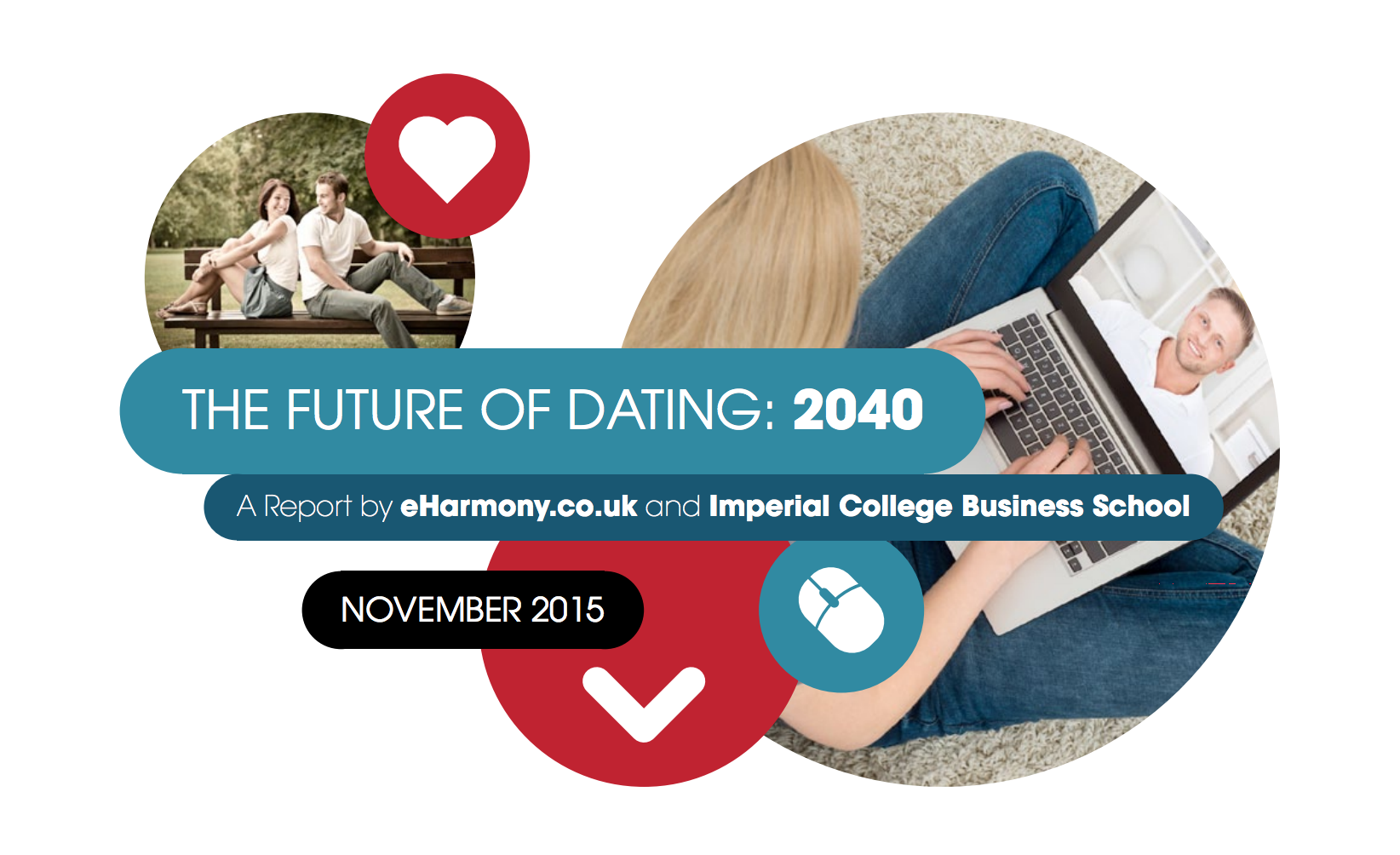 Wearable technology, DNA matching and virtual reality could well be the future of online dating, according to new a report by Imperial College London.

The study, which was commissioned by eHarmony, was done by MSc Management students from the Imperial College Business School.

The team of students were tasked with finding out what online dating might look like in 2040, by looking at how relationships have changed over the last century, and interviewing experts in biomedicine, anthropology, sociology and technology.

By doing this, the group discovered three main areas which they predict will see significant innovation and growth over the next 25 years.

For example, the team said that in 25 years time, the rate at which data can be shared will be so fast, that all five human senses could be digitally simulated to create a full-sensory virtual reality. With advancements like these, there is the possibility that singles could have “virtual reality dates” without having to leave their home.

This would be an obvious progression from the video and voice-based dating apps that are currently available to today’s singles.

The Imperial College students also said this could be tied into wearable technology, and allow singles to date people from around the world in virtual reality.

VR technology was recently the subject of a Fortune article by former Goldman Sachs technology analyst Andy Schroepfer, who spoke about how it could change the way people approach social interactions in the future.

The project was part of the students’ degree, which requires them to create a real business brief for a company.

Speaking about the project, Dr. Sarah Wilsey, the manager of the MSc Management programme at Imperial College Business School, said: “This consulting project with eHarmony demonstrates our students’ ability to take the business knowledge and skills they learn during their degree, such as marketing, strategy and research and apply them to a real business brief.

“The students took a creative approach to the project, drawing on both their business skills and knowledge of Imperial College as a global leader in technology and innovation.

“The consulting project is a key part of the MSc Management that allows students to develop hands-on experience, preparing them for a wide range of careers in management, such as consultancy and financial services.”

The team also predicted that with the growth of the internet of things and wearable technology, singles could be matched together based on their behaviour and how they react to different situations, things that could likely be tracked by technology.

This could be anything from where you go, to activities you enjoy, or even the type of people you are attracted, based on the signs of attraction your body produces. With such advancements in technology, they also said the dating industry will likely see improved “deep learning” that could process vast amounts of highly complex data from multiple sources.

This could be used for things like real-time feedback on how a date is going, to picking up signals from your significant other about when they are angry or sad.

In addition to this, the study predicted that considering the falling prices of DNA sequencing, dating sites will also be able to utilise DNA matching to pair up their members. The industry has already seen forays into this field, with Canadian biotech company Instant Chemistry using simple swab tests to check the compatibility of two people, based on their DNA.

Speaking about the report, eHarmony UK Country Manager, Romain Bertrand, said: “By 2040 we estimate that 70 per cent of couples will get together online, with technology revolutionising the way we find love and build our relationships.

He continued: “This report was compiled by some of the future’s brightest minds, and reflects what we’re already seeing in the online dating industry — that people want to be matched with quality people in the simplest and most efficient way possible.

“We’re constantly improving our own algorithm with deep learning and we’re already exploring new technologies to help us move forward in line with some of the advances outlined in this report.”

Check out the report here.