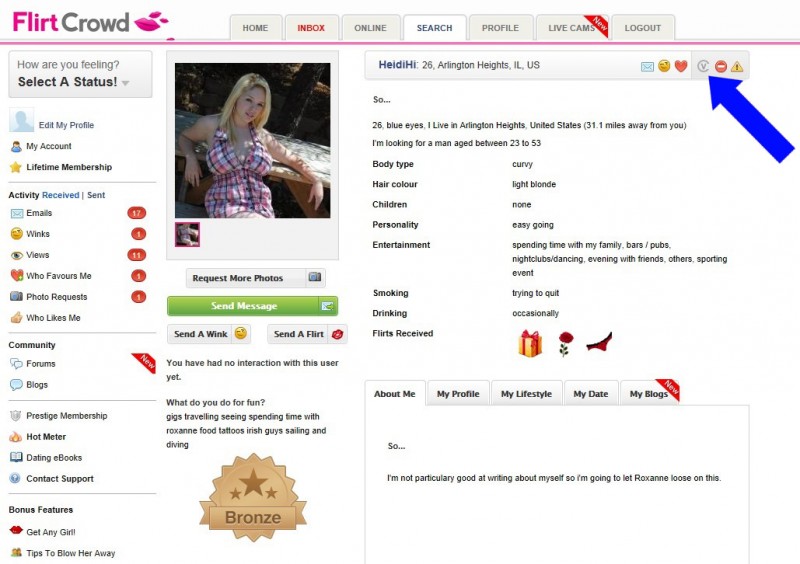 The Federal Trade Commission has ruled against an online dating site for the first time, prohibiting UK-based JDI Dating from using fake profiles to lure customers into subscriptions.

The law enforcement action requires the defendants, who own 18 sites including cupidswand.com, flirtcrowd.com and findmelove.com, to pay $616,165.

The FTC charge JDI Dating with letting customers create free profiles, and then being sent messages of interest from fake nearby matches.

To reply to these messages, they had to upgrade to a paid membership, which ranged from one to 12 months, and cost $10 to $30/month.

“The messages were almost always from fake, computer-generated profiles — “Virtual Cupids” — created by the defendants, with photos and information designed to closely mimic the profiles of real people. A small “v” encircled by a “C” on the profile page was the only indication that the profiles were fake. Users were not likely to see — much less understand — this icon. The fake profiles and messages caused many users to upgrade to paid subscriptions.”

They also say JDI Dating did not tell subscribers that their monthly membership would renew automatically, and they would be charged until they cancelled.

And to avoid additional charges, members had to cancel at least 48 hours before their subscriptions ended.

Information about this was “buried in multiple pages of densely worded text that consumers could see only by clicking a “Terms and Conditions” hyperlink.”

The FTC are charging the company with violating the FTC act, and the Restore Online Shoppers’ Confidence Act.

Jessica Rich, Director of the FTC’s Bureau of Consumer Protection, said: “JDI Dating used fake profiles to make people think they were hearing from real love interests and to trick them into upgrading to paid memberships.

“Adding insult to injury, users were charged automatically to renew their subscriptions — often without their consent.”

To read more about the specifics of the case, visit the FTC’s site here.