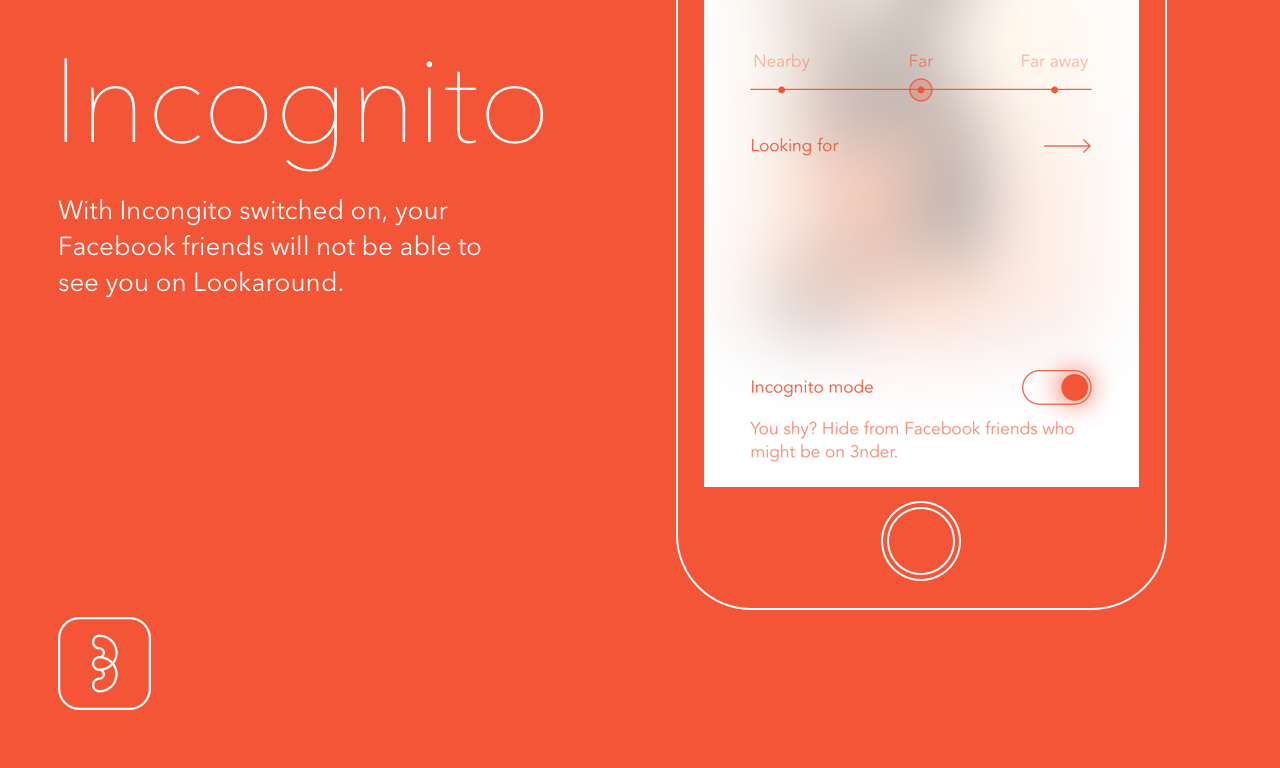 Last week, Tinder’s new social group dating feature was released to a small group of test users with an embarrassing oversight – it allowed singles to see which of their Facebook friends used the dating app.

And although many dating apps make users sign up via Facebook and online daters are used to this process, there are still some privacy concerns about the relationship between social accounts & dating profiles.

When browsing through other profiles on 3nder’s “Lookaround” interface, users can opt to enter an Incognito mode, which effectively hides their profile from anyone they are friends with on the social network.

It is available via its paid membership offer, called Majestic Society, which funds the app and offers other additional features like Curiosity – showing you everyone who has liked you – and Passcode, a custom pin code to lock your app. Speaking about the reasons for building the feature, 3nder founder, Dimo Trifonov said: “We understand that for many, Facebook friends and dating don’t go hand in hand.

“So we built Incognito – making 3nder the only app with a feature that allows you to directly hide from your Facebook friends. 3nder exists to help you expand your boundaries, not limit them.

“We hope that one day society will be as evolved as our sexuality so people will not feel the need to hide. But for now, we are happy to be able to offer our community the privacy and support they seek.”

After Tinder released Tinder Social to its group of test users in Australia, members started to notice that it exposed all of their Facebook friends that used the app, even letting them see their entire Tinder profile.

the great thing about this ‘tinder social’ thing is it shows my facebook friends that have tinder including people already in relationships.

The issue is easily resolved, simply by making the feature opt-in rather than opt-out, but does help remind singles about the crossover between their social & dating profiles and the potential privacy concerns.