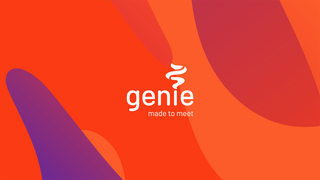 Frequently, the words ‘burnout’ and ‘disappointing’ are thrown around when users describe their experiences with online dating. But Genie Connections took it upon itself to address the issues causing users’ negative experiences.

It identified 4 common problems that users face when online dating, and shared how they’re planning to tackle them in its own platform.

Dating app users are often annoyed when someone ‘likes’ them and starts chatting with them, only for one day to disappear. Genie Connections identified the cause of this phenomenon as the different swiping strategies of men and women.

Where men tend to swipe right on many profiles they come across, playing the law of averages, women tend to only swipe right on 1 in every 14 profiles. This ultimately means when men find a match, it may not be sincere, leading to eventual ghosting.

To counter this, Genie Connections designed a split screen swiping display for male users. The app will always show two profiles at the same time, making male users have to genuinely consider both people before making a decision.

Research shows this now makes male users spend 37 seconds evaluating profiles, where on other apps they tend to spend only 2 seconds. This ultimately means matches will be more genuine, leading to more successful connections.

Many users are concerned about scammers, fake profiles and catfishes.

The Genie App requires everyone signing up to take a selfie with a specific pose during the photo uploading process. This photo is then matched with the profile’s display photos to ensure they are the same person.

3. Singles Prefer To Rely on ‘Fate’ Rather Than Dating Apps

Many singles romanticise meeting their ideal partner randomly and organically, but often don’t take advantage of these opportunities when they come around.

The Genie App is equipped with Bluetooth ‘Connecting’ technology, giving singles the opportunity to connect with strangers they’ve had a passing encounter with. If both singles have the app downloaded, their phones will detect one another’s, allowing them to match instantly or later on.

This feature comes with multiple security options, meaning users are only discoverable when and if they want to be.

Despite their best efforts to match users based on similar interests, many dating platforms still struggle to suggest compatible singles to each other. This means singles still mainly see profiles they are not interested in or have little chance of matching with.

Genie has created a system of ‘Same League’ ratings to solve this.

Genie’s new system determines the ‘real’ mental ranking of a particular profile. Singles are then able to see the percentage probability of them being in the same league with another user, and therefore the probability of being a mutual match.