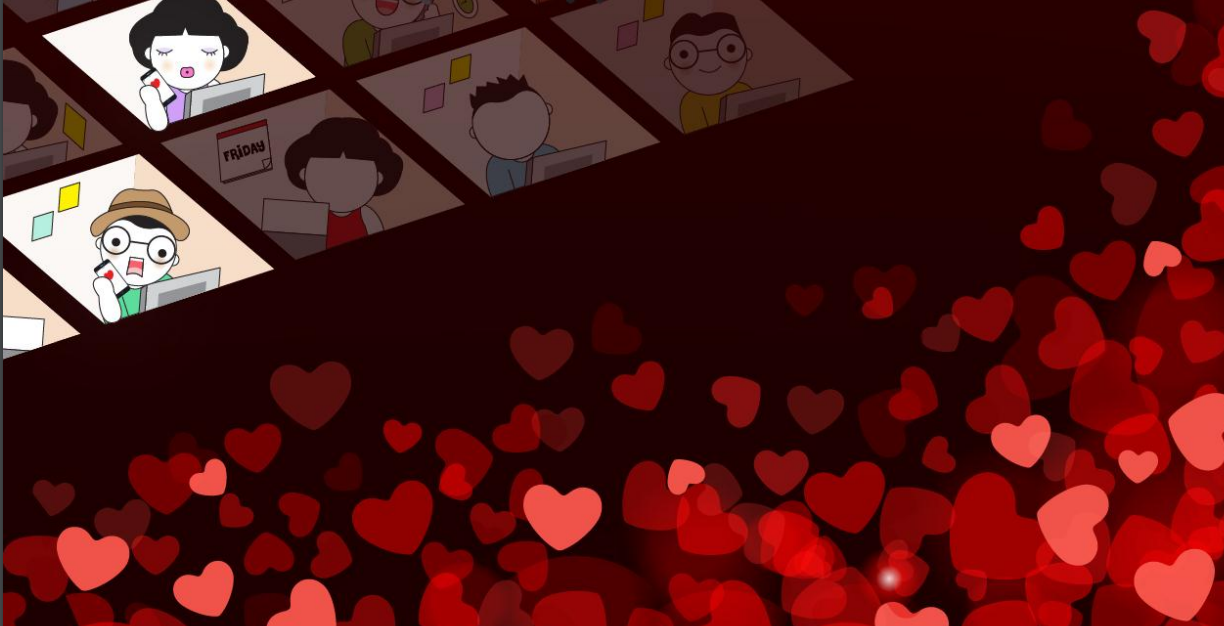 According to a recent study, a huge 91% of college students surveyed said they were using dating apps for more than just hookups.

Conducted by ABODO, the study called “Swipe Right For Love?” collected data from almost 5,000 US college students, 3,500 of which were using dating apps listed by the company, and wanted to find out what platforms they use and why.

According to the report, Tinder was by far the most used app, with 84.4% of students asked saying they were using the platform.

This was almost five times the number of users as the second most popular app, Bumble, which was used by 17.3% of people.

ABODO revealed that Zoosk and OkCupid were the least popular apps amongst US college students, with usage rates only amounting to 2.3% and 1.8%.

As for why students use dating apps, a whopping 91% revealed that they were not using online dating for hookups.

In fact, all genders said they used online dating for “entertainment” purposes more than any other reason – 34.1% of women, 29.7% of men and 33.3% of those who identified as “other” ranked entertainment as their main reason.

Other popular uses of dating apps were getting an ego boost, casual dating and love. Breaking this down into app-specific usage, 34.3% of Tinder users said they used the app for entertainment and 27.1% of Bumble users said the same.

Interestingly, just 16.1% of Match users said this was their main reason for using the platform, with the majority of people reporting love as their top factor (30.5%).

Gay dating app Grindr was found to have the most users looking for hookups (18.7%) and Coffee Meets Bagel had the largest percentage (11.2%) of singles using the platform for nudes.

However, only 4% of surveyed students said they prefer to meet potential dates online – 79% said they would still opt for meeting a partner through mutual connections or interests and 16.6% were found to prefer meeting someone “purely by chance”.

ABODO also looked at whether college students have experienced harassment whilst using dating apps and found that a huge 35.5% of women, 14.1% of men and 59.3% of those who identified as neither male nor female said they had been harassed online.

Over 50% of Grindr users reported having experienced harassment on the app, as did 40% of OkCupid users.

Interestingly, those on Tinder reported the least harassment, with just 26% of students saying they had experienced it. ABODO said: “Like many new technologies, dating apps provoke quite a bit of hand-wringing about contemporary life.

“They seem to reflect all of our deepest insecurities about ourselves: Are we too dependent on constant validation? Have we lost the ability to connect with other living, breathing humans? Are we too glued to our phones?

“The answer, as you can still label your relationship on Facebook, is “It’s complicated.” According to our data, more and more college-aged Millennials are downloading dating apps, and the stigma of finding love online — long a deterrent — has mostly vanished.

“There are options for nearly every lifestyle and preference, from hookups to true love. And yet even as user numbers spike, over 95% of our surveyed students still prefer to meet potential partners offline.

“When it comes to love, it appears we’re still a bunch of romantics.”

To conduct this study, ABODO asked college students to indicate the dating apps they use and rank reasons why via an email survey.

The survey received almost 5,000 responses and 3,500 people indicated that they used at least one of the dating apps listed.

Last month is was reported that Tinder had launched a study into why college students use the app and revealed that the most popular answer from singles (44.44%) was that they were using Tinder for “confidence-boosting procrastination”.

To find out more about ABODO’s study please click here.