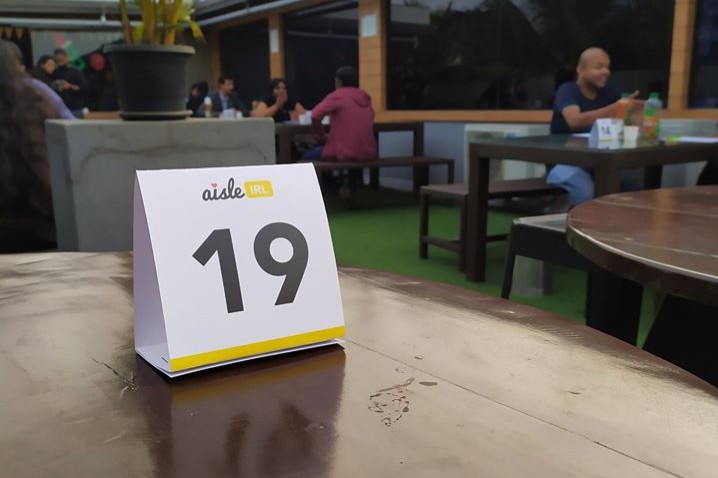 One of India’s leading dating apps Aisle has hosted its first tech-enabled speed dating event, which used artificial intelligence to verify the identity of all attendees.

30 users, whose activity on the app indicated that they were committed to finding a serious relationship, were hand-selected to take part. Upon accepting the invitation, the singles underwent a face verification process before they were added to the final guest list.

The ‘Aisle IRL’ event was held in Bangalore at the end of December. Women remained seated at their numbered table throughout the evening, while men moved around going on short dates that lasted just seven minutes.

When the dates concluded, the guests received notifications asking them to choose who they would like to go on a second date with. If two people both chose each other, they were connected on the app and automatically had their phone numbers exchanged.

Speed dating is not nearly as popular in Asia as it is in North America and Europe. However, the participants were happy to give it a go and suggested that they felt more comfortable meeting new people face-to-face.

Aisle founder Able Joseph is confident the trial was a success and is looking to host more similar events in the future. He said in a statement: “The learning was great. We are happy to have concluded our first in-real-life meet up among singles.

“It’s clear that there is more chemistry and substance in face-to-face interactions. We plan to invest more in building features that’ll encourage more offline engagements amongst our members.”

Aisle is one of the top 15 lifestyle apps in India and has been downloaded more than two million times.