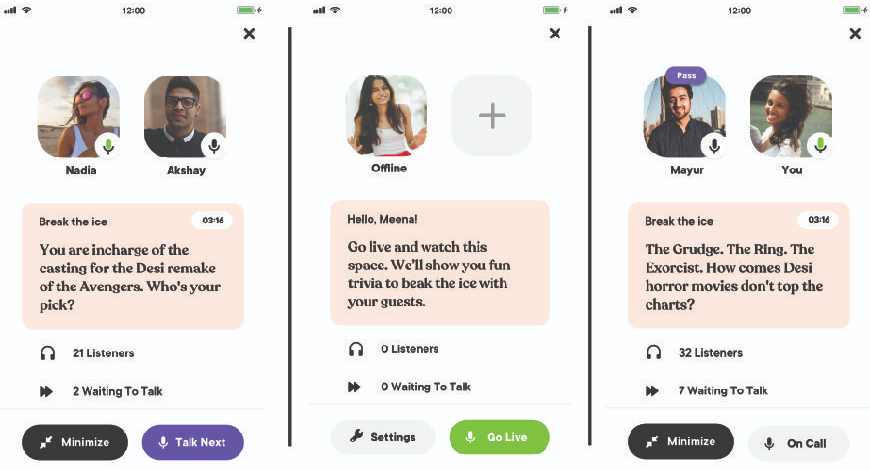 The new product is a place for singles to connect and chat before matching. It is particularly useful in the age of virtual dating, as people have been unable to date in person due to COVID-19 social distancing regulations.

‘Rooms’ offers a space for conversations while broadcasting to a viewing audience and participants are shown a fun ice-breaker before they start talking. Any number of users can join, but their one-to-one conversations with the host only lasts five minutes.

Once the time is up, the host can choose to ‘pass’ or ‘match’ with the guest, so they can continue the conversation later on. Both parties can also decide to end their turn at any point during the five minutes.

Able Joseph, founder of Aisle, explained in a statement: “With most of us confined to our homes for the majority of the year, meeting new people and forming a connection has never been harder. And that’s why we’re thrilled to announce the launch of Rooms.

“With the entire world forced to move online, we took this opportunity to revamp the core concept of online dating. Instead of trying to force a connection on the basis of a text conversation, users can now speak to each other just as they would if they met outside. Online dating has forever changed, and we’re proud to be at the forefront of this revolution.”

The feature was first rolled out a couple of weeks ago to a select number of beta testers. It has quickly become a very popular update, with more than 10,000 minutes of conversations taking place every day.

The entire Aisle community is expected to get access to Rooms at some point in the first quarter of 2021.