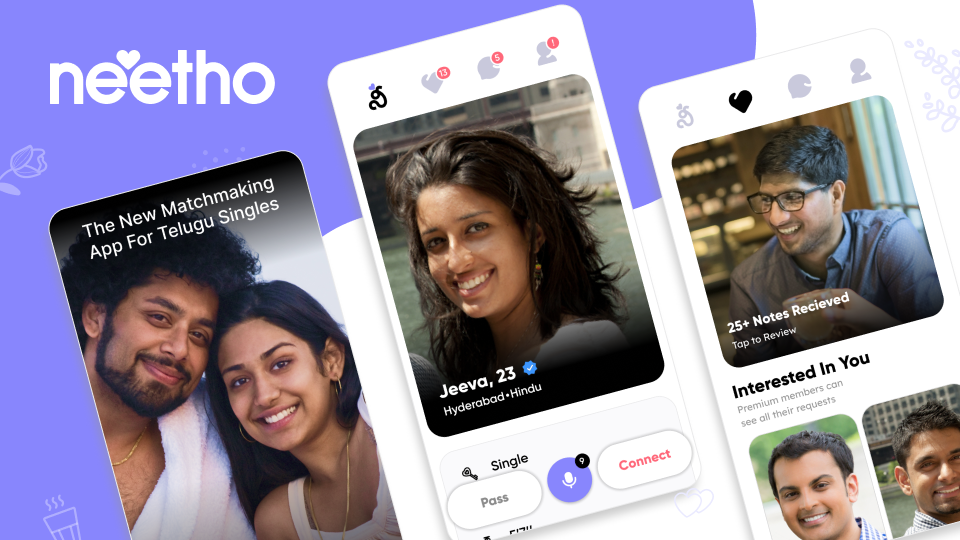 Aisle has launched a new matchmaking app for Telugu singles. Neetho, meaning ‘With You’ in Telugu, will offer personalised dating experience for Telugu singles – the official language of Andhra Pradesh and Telangana.

Telugu pop culture and films have always encouraged love marriages and finding life partners independently but the singles of the region did not have a platform to explore their options. This gap that existed led to the launch of ‘Neetho’. Neetho does not have any geographical limitations and connects Telugus from all parts of the world.

All features on ‘Neetho’ are tailored to the likes of Telugu singles including fun icebreakers which have Telugu pop culture references. On Neetho, users can also send audio Invites in addition to the text Invites to express their interest in other members.

The launch of Neetho is in line with Aisle’s vision of building customised regional dating and creating a native dating experience. Aisle’s portfolio of apps currently include high intent dating app Aisle and vernacular apps ‘Arike’, ‘Anbe’ and ‘Neetho’. Over the last two years, Aisle’s revenue has grown by 70%, while the revenue from newly launched vernacular apps is growing 30% month on month. With the launch of these apps, Aisle has taken the first steps towards building a vernacular dating landscape by offering users a customised app suited to a region’s culture and habit. The company aims to launch one more vernacular app besides the three existing ones, by the end of 2021.

Able Joseph, Founder and CEO, Aisle said: “Arike & Anbe, the dating apps we launched for Malayalis and Tamilians respectively, exceeded our growth expectations. We are now certain about the need for region specific dating apps.

“With the launch of Neetho, we have taken the first step in customising the dating experience for Telugu singles who are looking for long-term relationships. As a market leader in high-intent dating, we want to continue to create new experiences that help users meet someone special.”