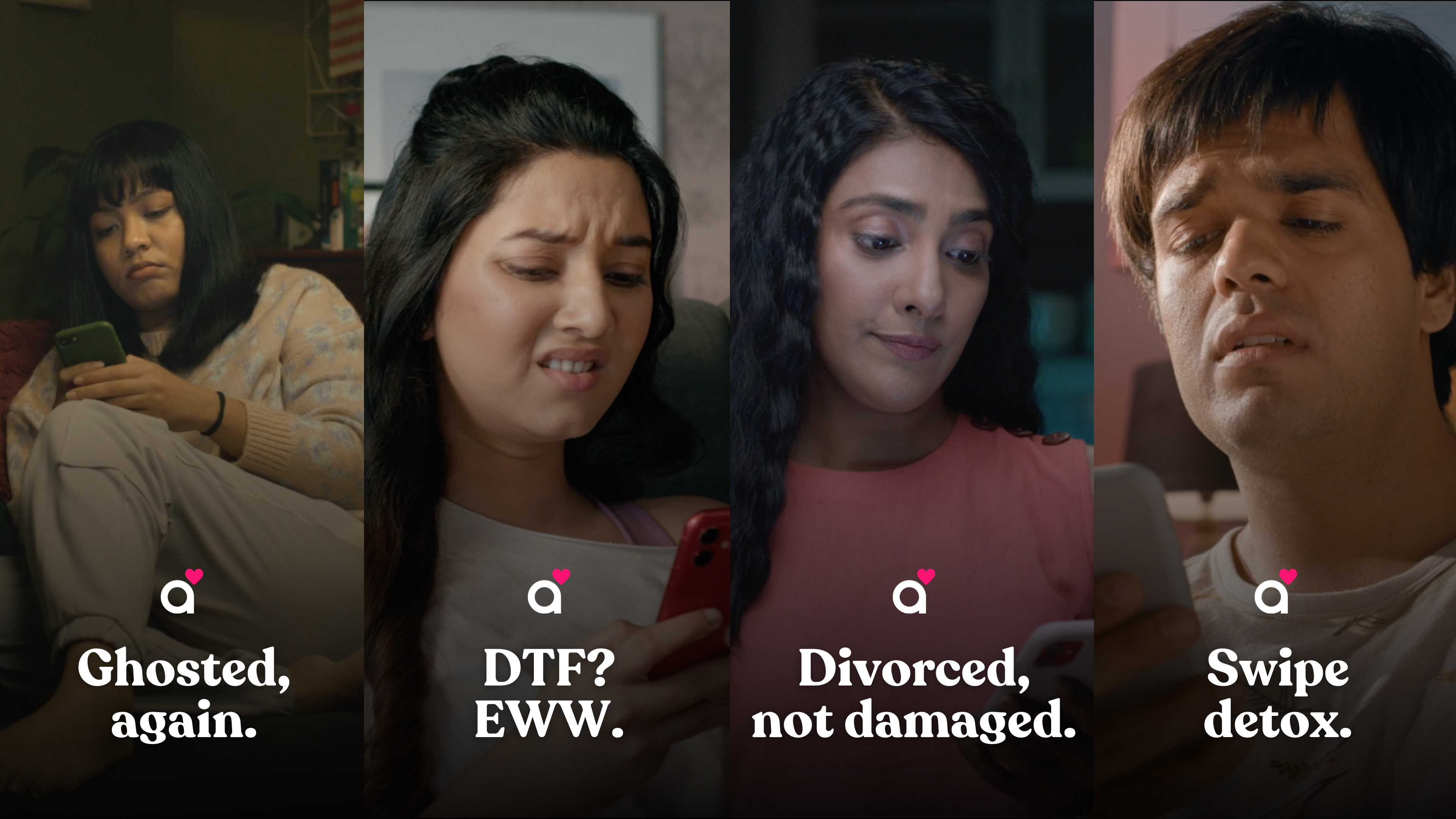 Aisle, India’s leading high-intent dating app, has launched a new campaign titled ‘Real Dating App’. As a part of the campaign, Aisle has launched a series of 4 ad films along with rebranding the company’s logo and tagline. With this campaign, Aisle aims to popularize high-intent dating, and shed light on the consequences of casual dating apps and how they do not engineer relationship-centric products.

Indians have always been romantics at heart with the concept of a family and love at the core of most decisions. Casual dating apps don’t take these sensitivities into account, hence making the process of finding ‘the one’ seem like a daunting and almost never-ending task. As a dating app that doesn’t subscribe to the casual swiping culture, Aisle aims to help high-intent singles find long-term relationships.

As the #1 high intent dating app, Aisle wants to redefine dating and truly help singles in their pursuit of love. Keeping this in mind, the company has changed its tagline from, ‘Designed for Romance’, to ‘Nothing Casual About This Dating App’. Aisle has also refreshed its logo to give it a more bold, committed, and modern look to reflect its redefined brand identity.

The campaign produced by Klture Studios includes four ad films centred around Aisle’s proposition of being an alternative to casual dating apps for those looking to meet someone special. The videos explore the modern-day dating culture and how Aisle, unlike casual dating apps, is a real dating app to find love. The ad videos can be watched here (Ghosted, Again; DTF, EWW; Swipe Detox; Divorced, Not Damaged) and will be promoted across Instagram, Facebook, YouTube and Spotify, starting today and through the coming months.

Shedding light on the campaign, Able Joseph, Founder, and CEO, Aisle said, “There are hundreds of casual dating apps in the market, all trying to keep singles away from finding a committed relationship. With this campaign, we want to bring focus on ‘real dating’ and help Indians understand the difference between casual dating apps and a high intent dating app like Aisle. With our new identity, we hope to help singles identify the right dating app for the purpose of finding a meaningful relationship.

As the first dating app in India to introduce high-intent dating products, Aisle is India’s market leader in high intent dating. Info Edge, one of the largest tech public companies in India, recently acquired 76% of Aisle for INR 91 crore with Able Joseph continuing to run Aisle alongside Info Edge’s larger infrastructure and ecosystem. An app built by Indians for Indians, Aisle is amongst the top 5 grossing dating apps in India, and the only brand to compete with billion-dollar dating companies.