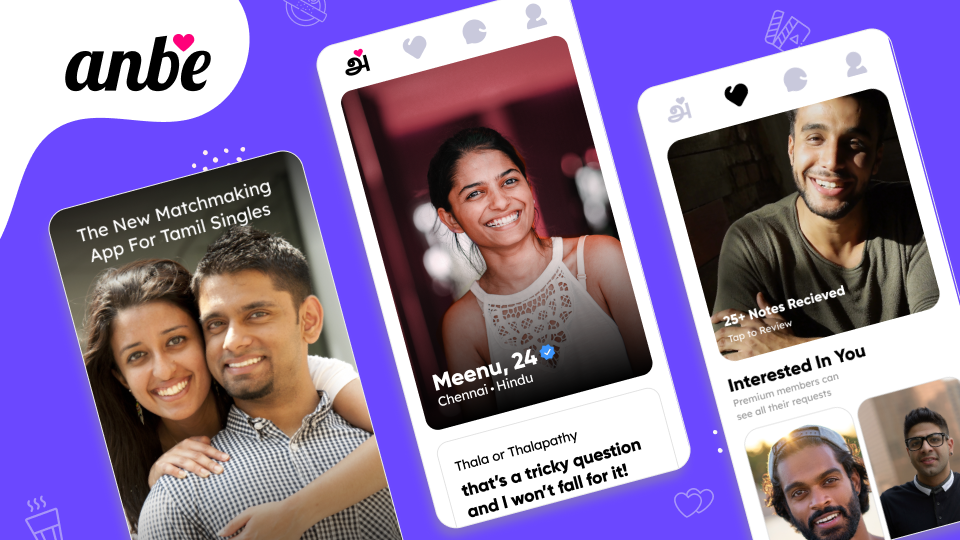 Aisle has announced the launch of its second vernacular dating app, this time aimed at Tamil speakers around the world. ‘Anbe’, which translates to “dear”, has no geographical boundaries and is designed to connect people who share a common language.

Tamil is an official language in the Tamil Nadu region in the Southeastern tip of India and neighbouring Sri Lanka. Recent estimates suggest that there are over 75 million native speakers.

The new app is targeted at Gen Z and Millennial singles, and has a number of features specifically designed for the community like ice breakers that reference Tamil pop culture.

It also includes ‘Audio Invites’, a new feature which helps users reach out to people they like with a more personalised and intimate message.

Able Joseph, the founder and CEO of Aisle, explained in a statement: “The Indian audience has always been interested in high-intent dating. This is especially true the further away you get from urban centres, where English isn’t the predominant language.

“The rapid growth in the number of Aisle users from Tamil Nadu made it obvious what our next vernacular app should be. With this launch, we will further strengthen Aisle’s reputation as a global leader in high-intent matchmaking. We’ll continue to build on this platform and launch vernacular-focused apps tailored to various states and regions.”

The company’s first vernacular dating, Arike for Malayalam speakers, was released in March. At the time, Joseph explained that they would be slowly rolling out similar products for different languages in the future.

Arike was acquiring approximately 1,000 new users everyday in its first couple of months and the team is aiming for similar levels of growth for Anbe. The original target is to hit the one million user mark by the end of the first year of operations.