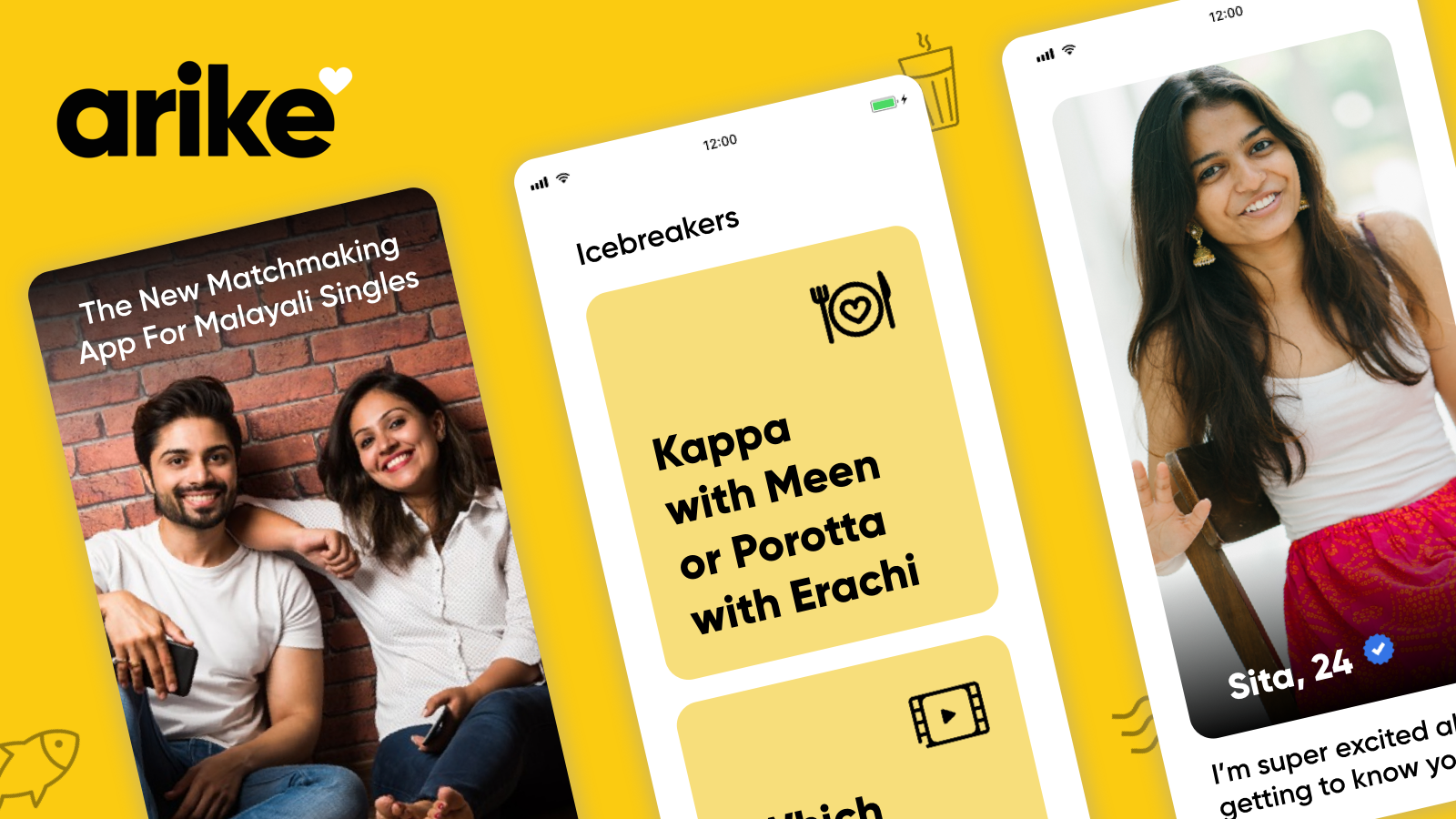 Popular Indian dating app Aisle has released a product for singles who speak the language of Malayalam.

‘Arike’ is the new app which is now available for people who originate from the Kerala area, but may have moved to another part of the country or somewhere else in the world. There are believed to be almost 40 million native speakers.

It has no geographical boundaries, but a number of features that are appropriate for the Malayalee culture. This includes the name, which means “close by”, a logo which is inspired by the first letter of the alphabet, and icebreakers that relate to traditional food and general Kerala pop culture references.

There are also a fewer number of free likes on Arike than on Aisle, which the developers hope should lead to the community being more serious and committed to finding a relationship.

Founder and CEO Able Joseph said in a statement: “Our data suggests that Kerala is among the top states that find value in high-intent dating and that is how the idea of Arike, a high intent dating app for people of Kerala came to be.

“The launch of Arike will continue to shape Aisle’s global presence as we hope to see cross border Malayalee matchmaking come to vision.”

He also added that there are plans to release other “vernacular” dating apps in the future, for more of India’s various languages and cultures.

Aisle is one of the fastest growing dating apps in the country and recently closed a pre-Series A funding round for the next stage of its development.