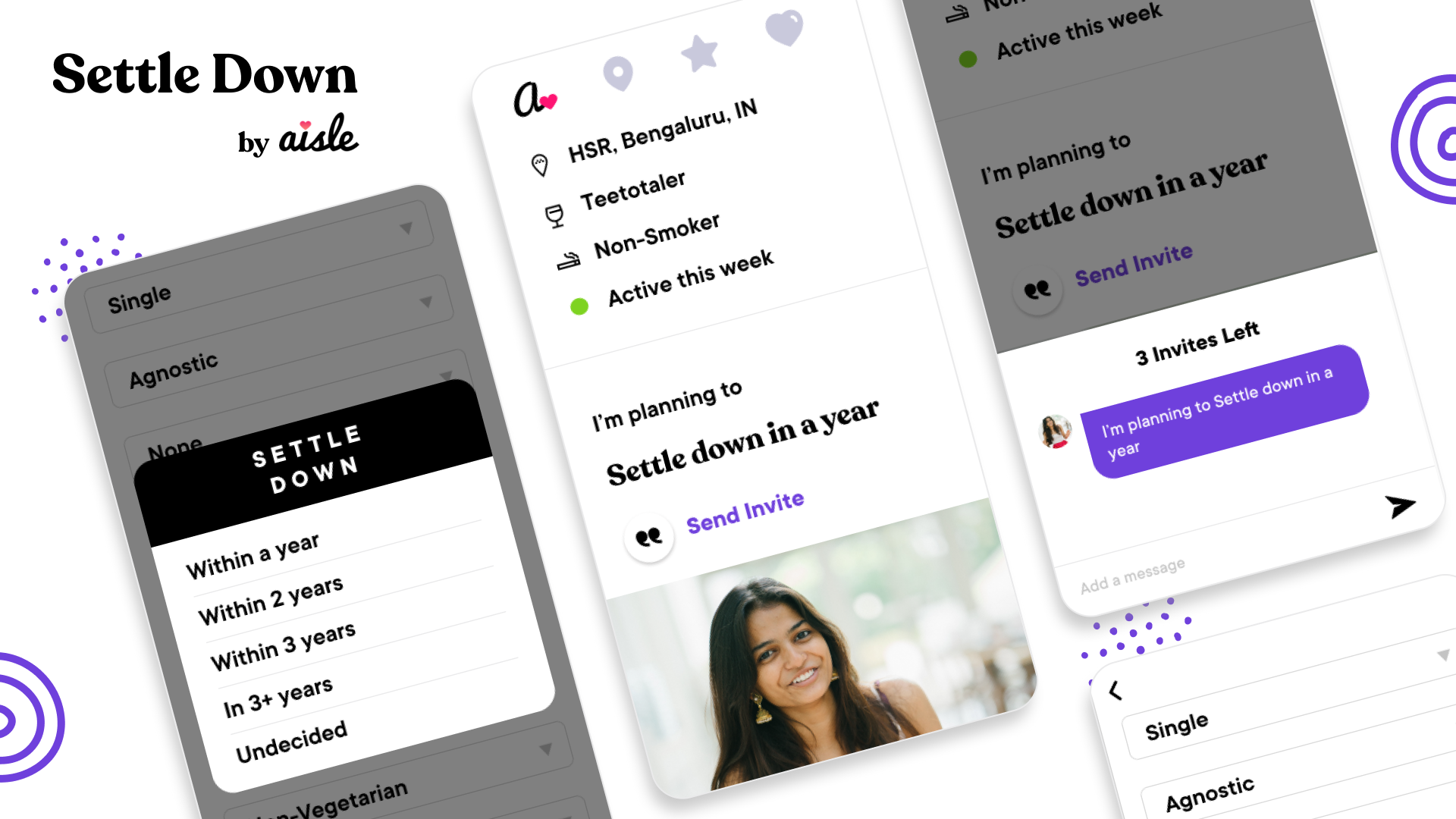 Aisle has launched a research report looking at the dating behaviour online of young people. India’s market leader in high-intent dating apps surveyed almost 20,000 people between the ages of 18-35, researching how young people are using Aisle, and the general trends involved in online dating as we move towards 2022.

The key results from the research showed that almost 90% young people are now comfortable telling their parents that they met their partner on a dating app. The research also found that 83% of respondents felt that their families were becoming more accepting of their dating life.

The launch of the research follows a busy twelve months for Aisle, during which time they launched Neetho, a new matchmaking app for Tegulu singles, an additional dating app for Tamil speakers globally, and additional research showing that Indian women are more comfortable and committed to using online dating platforms.