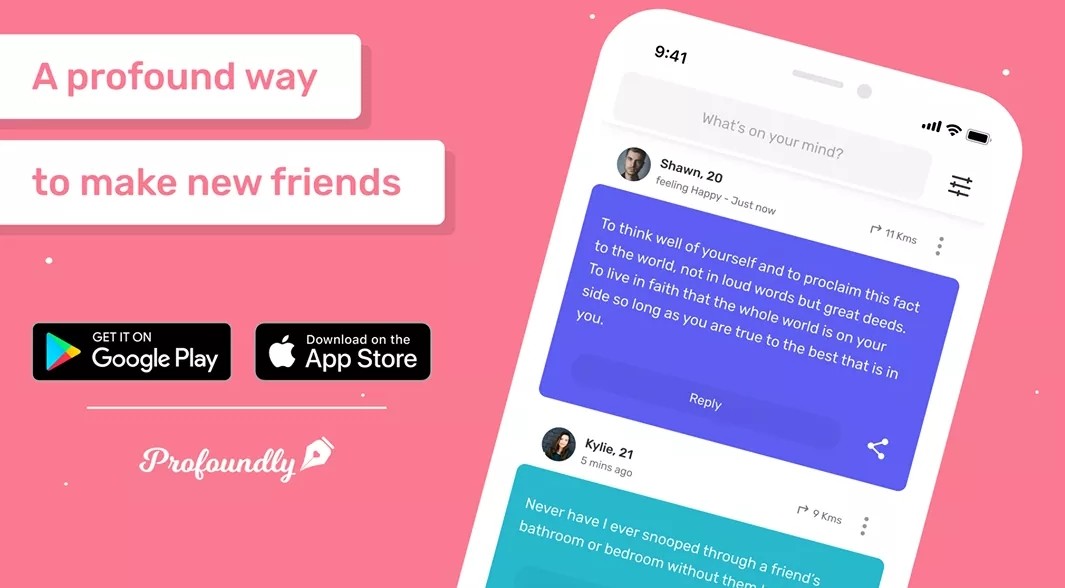 Private messaging app NearGroup has rebranded and has seen a sudden surge in popularity in the United States.

When it was first launched, the product anonymously connected random users on multiple instant messaging services, such as Facebook Messenger and Kik. The pair could then engage in a conversation and then mutually agree if they wanted to see each other’s pictures.

There is also a public feed for users to upload messages to and any readers can choose to start a private interaction by replying to the post.

The platform is now known as Profoundly and allows users to send anonymous messages to their current Facebook friends. It can serve as a way to express romantic feelings without immediately revealing their identity.

Founder and CEO Prashant Pitti told GDI: “We realized people are much more forgiving to physical flaws of others when they are able to include other criteria like intelligence and humour into the picture. Hence, at Profoundly App, users have to chat for sometime in order to see each other’s image.”

Profoundly has more than seven million users worldwide, but sees a large amount of its popularity coming from Asia.

It really began to break into the American market over the recent Christmas period, and spent a week as one of the top ten most popular Social Networking apps in the country. It peaked at fifth position on 20th December, and on the same day was the 33rd most popular iOS app overall.

The app is continuing to grow by welcoming approximately 200,000 new users everyday.