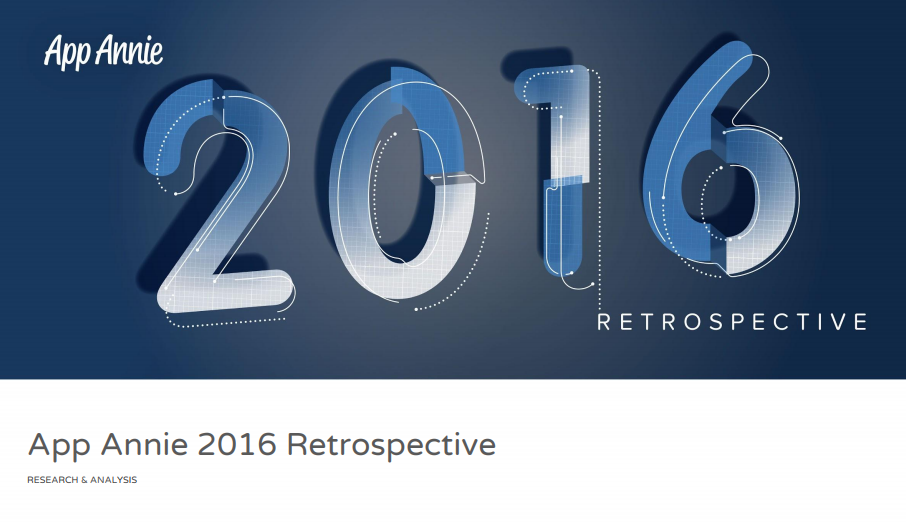 A new App Annie report has revealed that the mobile app market is continuing to grow, with worldwide downloads up 15% from 2015 to 2016.

This week, App Annie launched its 2016 Retrospective, a yearly report looking at some of the key trends behind the app economy’s growth.

The report reveals that worldwide downloads increased by 15% from 2015 to 2016, with the time people are spending on apps rising by a huge 25% over the same period.

App Annie also found that the average consumer in China, India, South Korea, Brazil, the US, Japan and the UK will use around +30 apps per month. Total downloads over the past year also rose, hitting over 90bn – an increase of over 13bn for the iOS App Store and Google Play combined.

The 2016 Retrospective report also revealed some good news for publishers – across the iOS App Store and Google Play they received over $35bn, a 40% yearly growth.

App Annie said: “This past year demonstrated the continued maturity and growth of the mobile app market.

“While worldwide downloads grew by 15% from 2015 to 2016, time spent in apps grew by 25%, driving app store revenue paid out to publishers from Google Play and the iOS App Store up by 40%.

“2016 marked a year of major market shifts in the app ecosystem.

“Not only did China become the largest country in terms of iOS App Store revenue in 2016, but its revenue growth rate accelerated off of a very strong 2015 performance.

“In fact, the global revenue growth rates for both the iOS App Store and Google Play were greater in 2016 than 2015.

Interestingly, China also overtook the US in terms of iOS App Store downloads, reporting huge Q4 numbers that made it the “biggest quarter for any country in App Store history”.