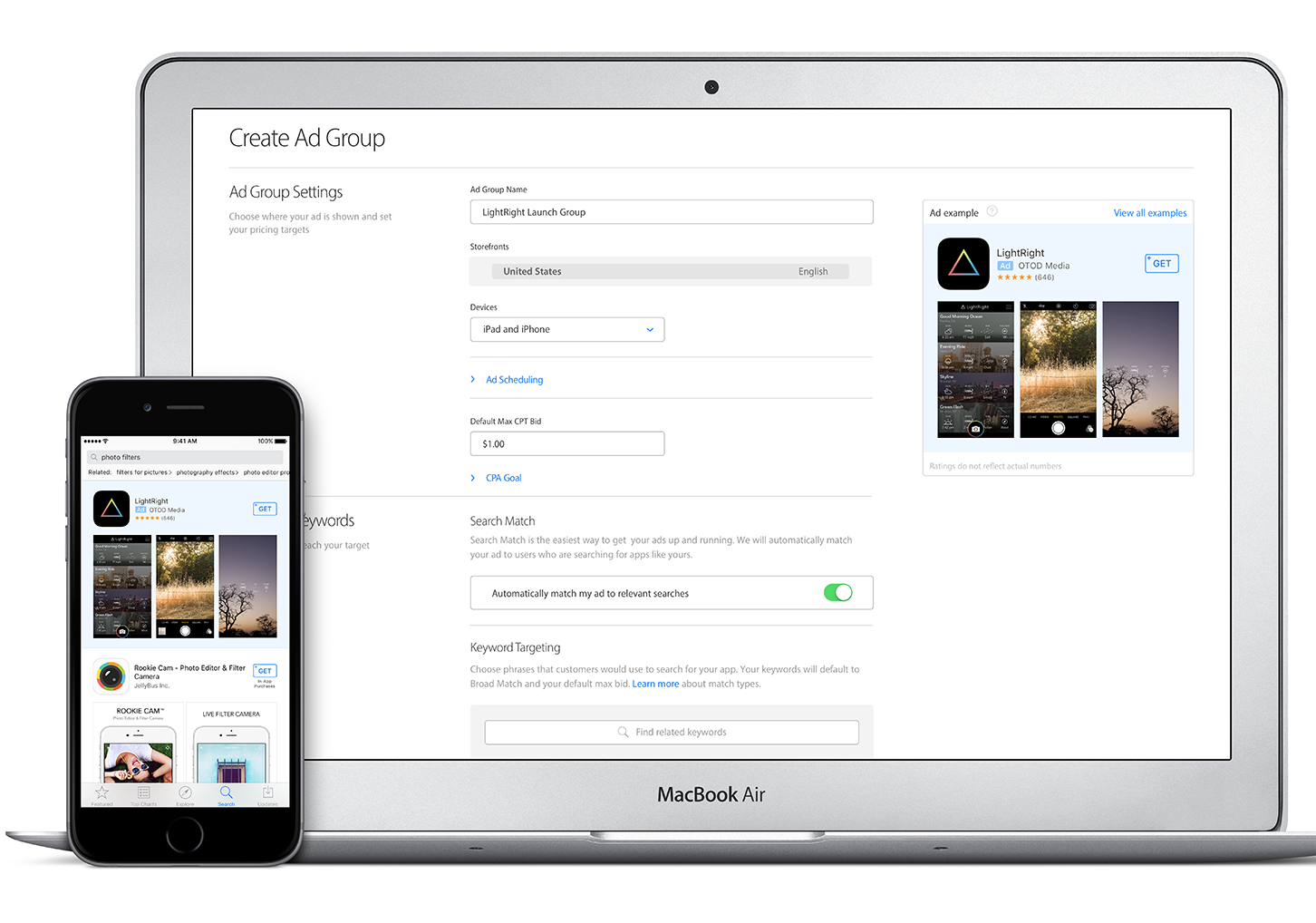 After announcing its plans to offer paid ads on the App Store, Apple is now letting developers test the new search ads feature.

Last Friday, Apple sent out emails inviting developers to join the beta program for Search Ads – the App Store advertising feature announced in the run up to this year’s WWDC.

The adverts let developers bid to be placed top of the search results on the App Store when users search by keywords, such as “dating”.

When a user searches, the paid Search Ads will appear at the top of the results, but there will only be one sponsored result, Apple said, which will be clearly identified with an Ad label.

To get your app featured in this way, developers will have to take part in an auction, which Apple said will have no minimums and no exclusives, in an attempt to make the auctions accessible to smaller developers.

Announcing the feature, which is said to work in a very similar way to Google AdWords, Apple said Search Ads are: “an efficient and easy way for you to promote your app directly within App Store search results, helping customers discover or reengage with your app while respecting their privacy.”

The tech giant revealed that 65% of all downloads come directly from searches on the App Store.

Those who join the summer Search Ads beta can display their ads for free, and will have their ads appear to the Apple Developer Program and Apple Beta Software Program members who have downloaded the iOS 10 beta. After the beta, developers can bid to be top of the search results, pricing working on a “cost per tap” basis – with users able to set a maximum “cost per tap” price, as well as a cap on the amount of money they want to spend on the adverts.

And after this beta has ended, the Search Ads campaign will be launched on the US App Store, before being expanded into other markets.

To join the Search Ads beta, click here, and you can also watch Apple’s WWDC presentation about Search Ads here.