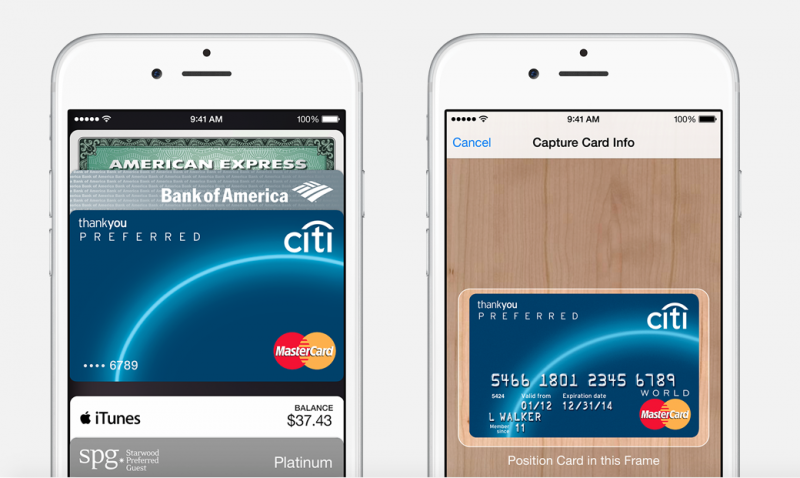 On Monday, in an interview at the Wall Street Journal’s WSJD conference, Apple CEO Tim Cook said it was already bigger than all other mobile payments combined:

“We talked to these guys [Visa and Mastercard] today, and they told us that if you sum up everyone else that’s in contactless mobile payments at the point of sale, we’re already number one. We’re more than the total of the other guys.”

And reports from senior reporter Amir Efrati at The Information suggest that this growth could have increased even further since Cook’s disclosure:

Hearing that #ApplePay has now signed up 3M cards. (Last night Tim said 1M in first 72 hrs.) Not bad at all, @Apple.

Apple already has partnerships with major credit cards companies like American Express, MasterCard and Visa in place and Apple Pay can be used in over 220,000 stores.

The feature can also be used with mobile apps, and is currently live with Uber, Fancy, Groupon, Hotel Tonight, Lyft, Open Table, Staples and Target.

For in-store purchases, Apple have teamed up with Whole Foods, Walgreens, McDonald’s, Macy’s and Nike.

However there have been some resistance from companies like Walmart and CVS, who disabled Apple Pay from working in their stores, and are said to be working on a rival mobile payment system.

Cook described this as a “skirmish” and said that “In the long arc of time, you’re only relevant as a retailer and merchant if your customers love you.”

The founder of China’s ecommerce giant Alibaba, Jack Ma, also recently said he was interested in having talks to create a partnership between Alipay and Apple Pay.