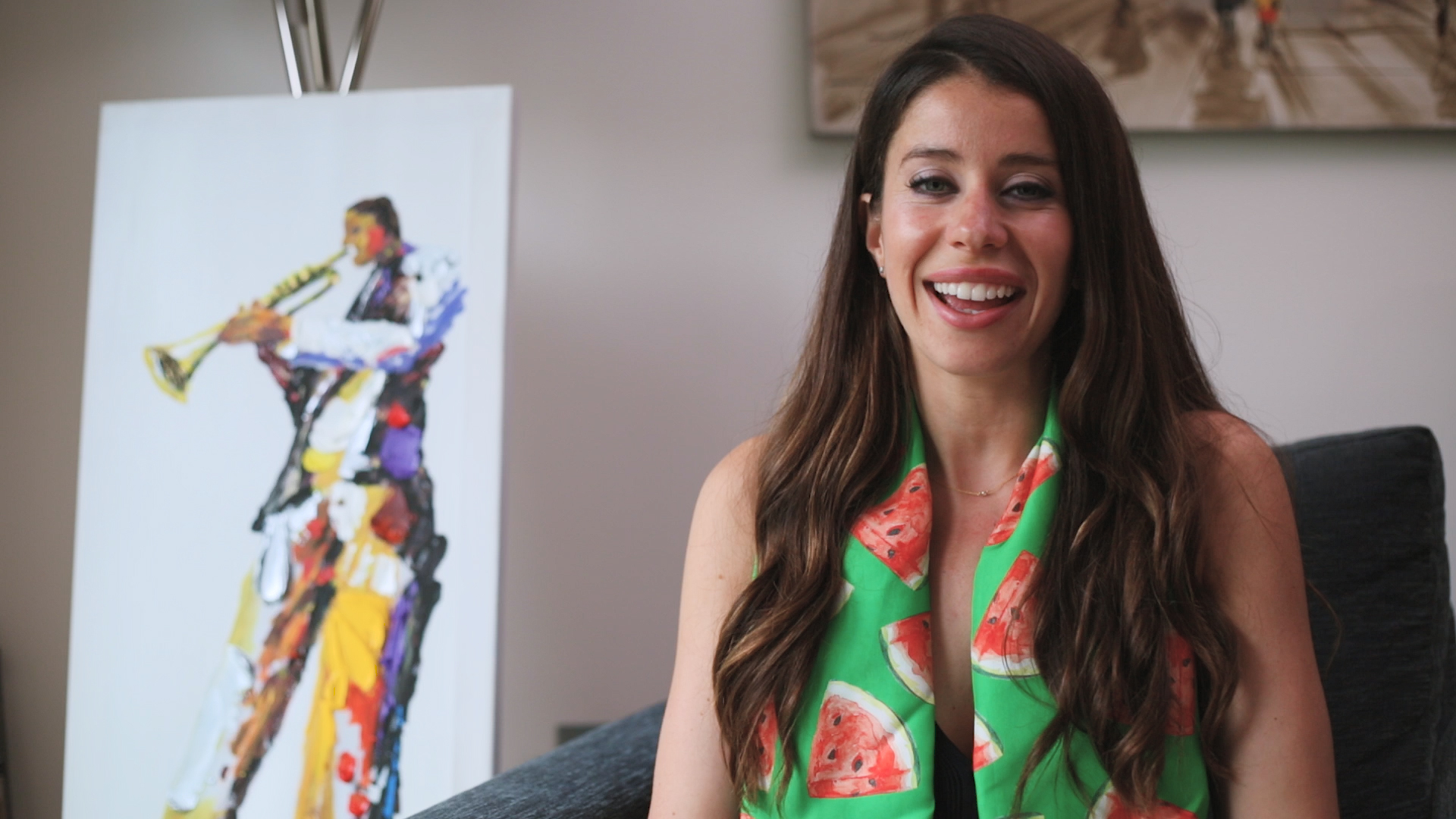 And since launching the campaign yesterday, looking to raise £120,000 to fund the mobile product, the entrepreneur has already secured over £80,000 of her target.

For the Seedrs campaign, DatePlay is allowing anyone to invest in the business, with each share costing just £10.

The Apprentice contestant said this was designed to “democratise the investment process and let everyone get involved via crowdfunding.

“We pitched on national television to 10m people, and we wanted to open it up to people who believe in DatePlay and think that we’re on to something, by giving them a chance to get a stake in DatePlay.

“Just because Lord Sugar missed out, doesn’t mean everyone has to!”

Koutsomitis appeared on last year’s season of BBC show The Apprentice, reaching the final and pitching her idea of an algorithm-based gamified dating app to Lord Sugar and a room full of business and dating industry experts.

And although she lost out to Joseph Valente, the New York-born entrepreneur is now prepping the release of the gamified mobile dating product DatePlay.

DatePlay uses interactive games to help analyse users’ personalities, then matches them together based on their compatibility and set preferences.

We interviewed Koutsomitis in January shortly after the Apprentice final aired, but speaking just before the launch of the Seedrs campaign, the CEO said back then the team “didn’t have anything set in stone yet”.

However since then, Koutsomitis and COO Joris Magenti invested some of their own money, as well receiving funding from private investors, to help get the product built.

Development of DatePlay is currently in progress – the app being coded by Koutsomitis’ cousin’s development company in Colombia – and the startup has also welcomed three new team members, including former Badoo product manager IvÃ¡n Jorge Gadeschi.

And with these parts in place, the company is expecting to launch the gamified dating app this autumn.

Speaking about how the app has changed since she pitched it last year for The Apprentice, the founder told GDI: “The key evolution is a shift in our approach – so when we pitched on the show, we were picking a concept that had a lot of complexity, with so many components and lots of moving parts.

“So, we decided to adopt the lean startup model and focus on simplicity, concentrating on a few core features and creating a very clear and simple user experience. We wanted to get down to the core message and core deliverables that we think are the USP of the app.”

In its early stages, the app was designed to let singles play a number of social games with matches, their profile picture beginning blurry and becoming clearer as you played more games.

Initial plans for DatePlay also included a match percentage calculated by an algorithm that would tell users how compatible they were with other members. After completing the game, they are then shown a feed of compatible potential matches and can choose whether to accept or reject them.

And although there is currently only one quiz game available in the app’s first iteration, Koutsomitis said the team plans to add more games via APIs for future versions, after “gauging people’s interest and seeing how they use the app.”

In terms of a monetisation strategy, DatePlay plans a premium layer that would give members an increased number of messages, let them be seen first after a match game, as well as getting invitations to exclusive offline events.

And with the app’s development underway, DatePlay has now decided to launch a Seedrs campaign, looking to raise £120,000 in 30 days.

After just one day, the team has already generated more than £80,000 of funding from 71 investors.

This is currently made up of three large anonymous investments of around £20,000, and a host of other contributions of varying size.

Asked why the team chose the equity-based Seedrs option rather than a donation-style Kickstarter campaign, Koutsomitis said: “We’re allowing people to invest a minimum of £10 because we want to make sure that everyone can get involved.

“It’s under a special SEIS tax scheme, so basically the government gives you back 50% of your money that you invest. This is something that a lot of people don’t know about, so we want to publicise it and spread the word, to make sure people understand that investing in startups is easy and is incentivised by the UK government.”

Koutsomitis said the startup, which is based in Wayra’s London workspace, plans on using the funding for DatePlay’s launch, marketing and user acquisition, as well as for planned live events in cities throughout the UK.

And with over 20,000 people pre-registered to the app, which will be launched in the UK first, then in the US later this year, Koutsomitis is confident about the app’s future, saying:

“I think that providing a fun and engaging user experience is the most important aspect of a dating app’s success, and we’re really focusing on that and making sure our product is high quality and that users actually enjoy the experience of using DatePlay. That’s where we think we have the edge.

“We’re also excited to be a dating company that has a female founder, because that’s obviously something you don’t see very often in the dating industry, and we’re excited be able to attract some great young women onto the app, and show them that we are a trustworthy place for online dating.”

Find out more about DatePlay here, check out its Seedrs campaign, and watch our video interview with DatePlay CEO Vana Koutsomitis below: