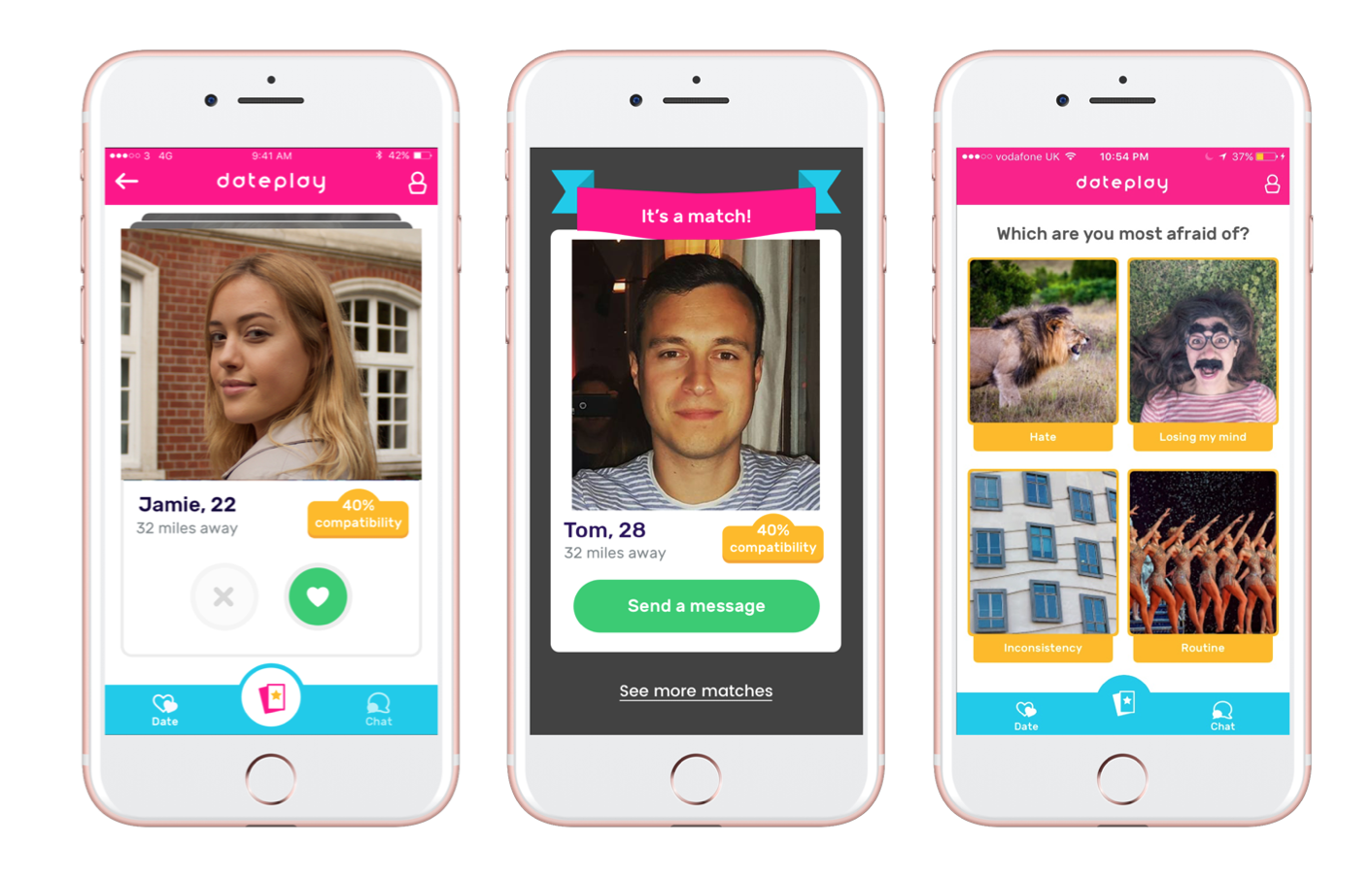 First announced during the final of the 2015 series of The Apprentice UK, the long-awaited iOS launch of the mobile app has arrived on Valentine’s Day.

Having tinkered with the specifics of the app’s gamified focus, DatePlay is launching with a simplified concept – singles playing a short Buzzfeed-style personality quiz that helps to match users together.

The app will present members with “hundreds of questions”, designed to capture their personality and preferences, including queries like: “Which is your favourite politician? Trump, Putin, Boris or Merkel”, and “When did you last make the first move? Years ago, Today, Never, or A While Ago.”

After giving their answers, DatePlay will then build a profile for the user and connect them with compatible people nearby.

The dating app also includes a “Fun Fact” tab that appears in the chat – an icebreaker-style tool that highlights what users have in common with each match. DatePlay founder Vana Koutsomitis said: “The world is full of seriousness and stress at the moment, so we wanted to bring something light-hearted and fun to the market.

“During these intense times, it’s easy to get overwhelmed and stressed out. DatePlay is here to take the edge off. We want people to play on a daily basis to find love.”

Last July, Koutsomitis and DatePlay raised an impressive £200,000 with a campaign on crowdfunding platform Seedrs.

The campaign overfunded in three days – raising £219,570 by its completion – at a valuation of over £2m.

On its website, DatePlay boasts that it already has over 29,000 members, having let singles sign up to the platform via a clickable Facebook link prior to launch.

And DatePlay is now available to download on iOS from the company’s website and the App Store.

Last February, we spoke to founder Vana Koutsomitis about her experience on The Apprentice and the concept behind the DatePlay app for our GDI Meets video series – watch the full video below.