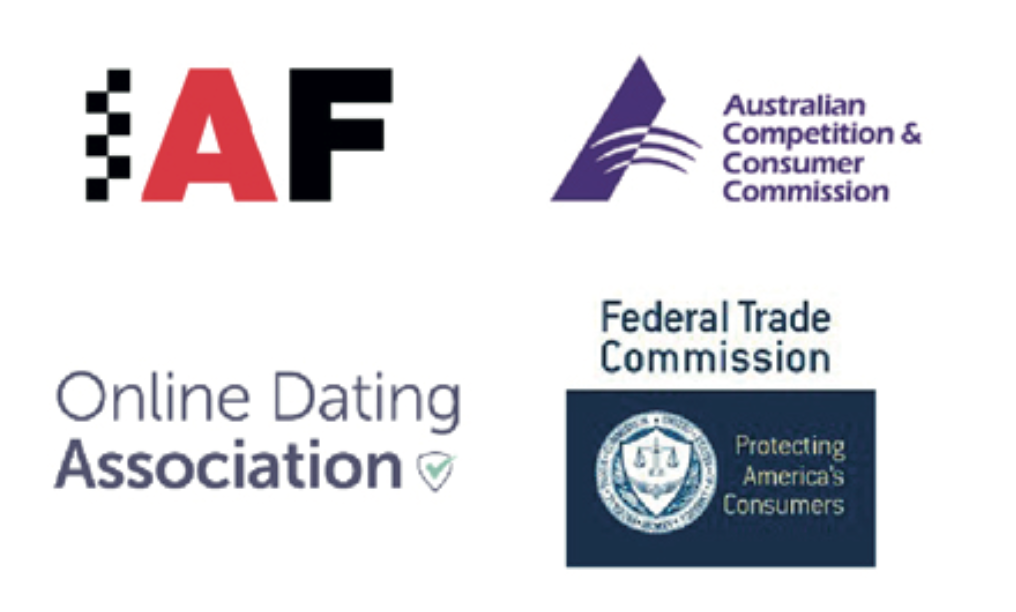 As dating sites work to combat the threat of scammers, there are also a number of consumer and regulatory bodies who are seeking to influence the issue, through both education and enforcement. Such organizations can help by promoting good practice in the industry, while also educating consumers, help them report dating fraud, and intervene in criminal activity. Here are some bodies who have committed to help stamp out dating fraud:

This Australian organization has been very proactive in the online dating sector.

Last year, they launched their Scam Disruption Project, which utilized financial intelligence to “identify Australians who were sending funds to West African nations”. The ACCC then got in contact with these people, to say they may have been targeted by a scam.

The ACCC also conducted a sweep of dating sites, looking for “misleading offers, unclear pricing policies or consumer contracts with unfair terms”, along with what measures dating sites had in place to protect consumers against scammers – the results of which are due in a month or two.

Sites that signed up to the ACCC’s Best Practice Guidelines said they were initially concerned that sending scam warning messages might discourage customers. However feedback from those who adopted the recommended measures “indicates that customers have responded positively and felt secure in the knowledge that service providers were actively protecting their interests.”

The ODA is a UK-based regulatory body that counts Match.com, eHarmony,

Lovestruck and Oasis amongst their members.

The Chief Executive of the ODA, George Kidd, said that “protecting our users from harm, deception and loss” was one of their key principles when the body was set up.

ODA members – who must sign up and adhere to a code of practice – commit to “checking profiles, giving advice and guidance to customers, and dealing promptly with reports of fraud or other problems”, while also offering inservice mail and chat forums, and talking to police about reducing scams.

Their Date Safe campaign worked with Action Fraud, the Metropolitan Police and other UK organizations, to educate the public on dating scams. They have also held scammer workshops to let sites share best practice for combatting scammers, and plan future events in collaboration with leading police agencies.

The UK also has Action Fraud, a national organization that lets consumers or companies report fraud, or attempted scams and viruses. Dating sites can also use their business reporting tool to report scammers in bulk.

Last year, they alerted online dating customers about the growing types of dating fraud that had been reported to them.

In October 2014, the Metropolitan Police launched operation Falcon, designed to crack down on online dating scammers. Although the campaign is part of a larger war on cybercrime and fraud, online dating fraud was recognized as a growing area of concern.

The FTC’s client is the US government, and therefore the public. They seek to educate consumers, propose legislation, enact rules and take law enforcement action. Although a civil agency, their enforcement tools include civil penalties (fines), the power to go directly to federal court to freeze corporate and personal assets, obtain injunctions, and return money to victims.

In serious cases they can hand over information to relevant law enforcement agencies, and encourage criminal authorities to take action.

They told us they do “not bring cases on behalf of individual consumers”, but rather by looking for a “pattern of deceptive conduct” which “often comes from receiving consumer complaints, but not always”.

For the first time last year, the FTC charged a dating site, British-based JDI Dating, for allegedly using fake profiles to lure customers into subscriptions, ordering the company to pay $616,165.