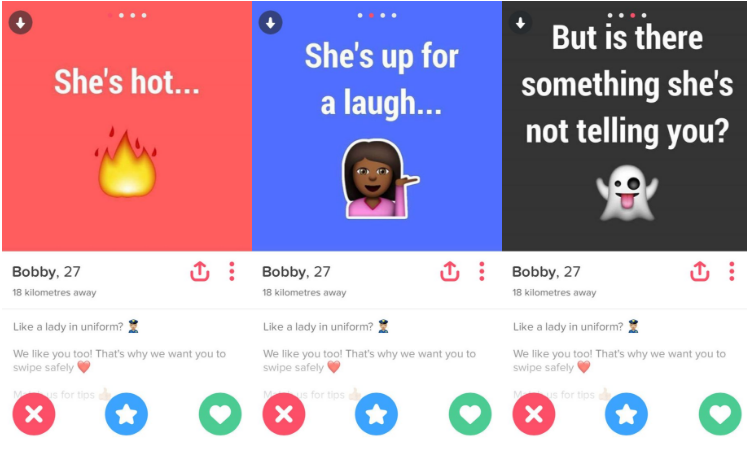 Police in Bristol have set up their very own Tinder account to try and raise awareness about the dangers of online dating.

Recent reports have found that crimes related to online dating apps in the UK have skyrocketed by 2,000% since 2012.

Avon and Somerset police said they have witnessed this increase firsthand, with 66 crimes related to Grindr and Tinder reported in the area in 2015/2016, compared to just 20 the year before.

So, in an attempt to try and keep daters safer and savvier online, Avon and Somerset police set up a Tinder account under the name of Bobby, 27, warning users about the potential dangers of meeting strangers online.

If singles match with the account, the police department will send safety tips that try to encourage online daters to “get to know the person, not the profile”.

And so far it seems to have been a popular move, the account receiving over 200 matches in 24 hours.

In a statement, Avon and Somerset police said: “To coincide with the festive dating period, we’ve launched a new campaign reminding people to ask the right questions when online dating, to get to know the person, not the profile.

“On Sunday evening, Avon and Somerset police joined Tinder to spread the word.

“Within 24-hours, we had matched with more than 200 people in our force area. Each time we matched, we shared our top tips for online dating.

“The feedback we’ve had so far has been overwhelmingly positive with both men and women showing their support for our campaign.”