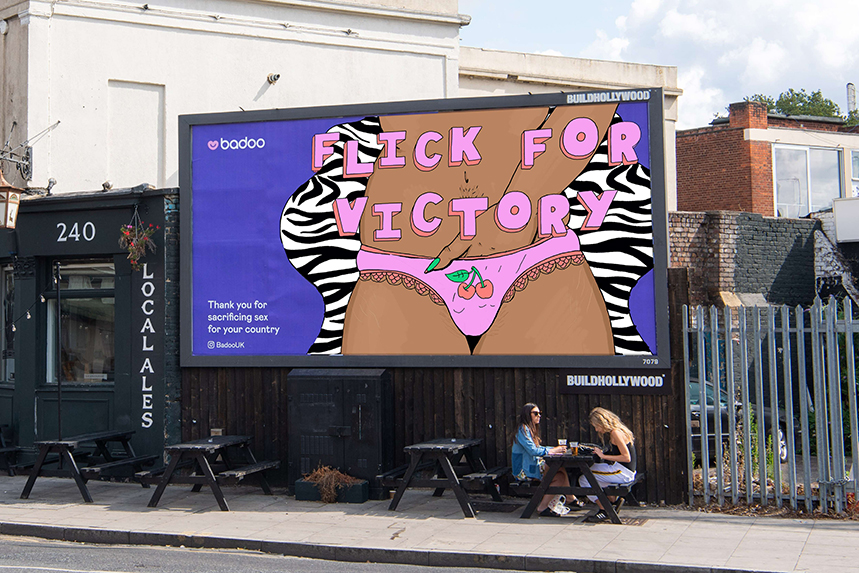 Badoo has launched a campaign to thank single people in the UK for practising ‘self-love’ and not meeting up with numerous sexual partners during lockdown.

The series of “empowering ads” thanks people for temporarily giving up their sex lives and helping the national effort to stop the spread of the virus by staying at home.

Badoo commissioned a survey of 1,000 people and found that 37% of singles admitting that they had masturbated more than usual. The nationwide average was reportedly once a day since 23 March.

“We’ve seen lots of great connections being made during this period of digital courtship in lockdown, so want to encourage our users to be kind to one another, chat, meet and date honestly and safely when they’re comfortable doing so.”

Earlier this year, Badoo teamed up with more artists to help singles make the most of virtual dating products to combat loneliness.