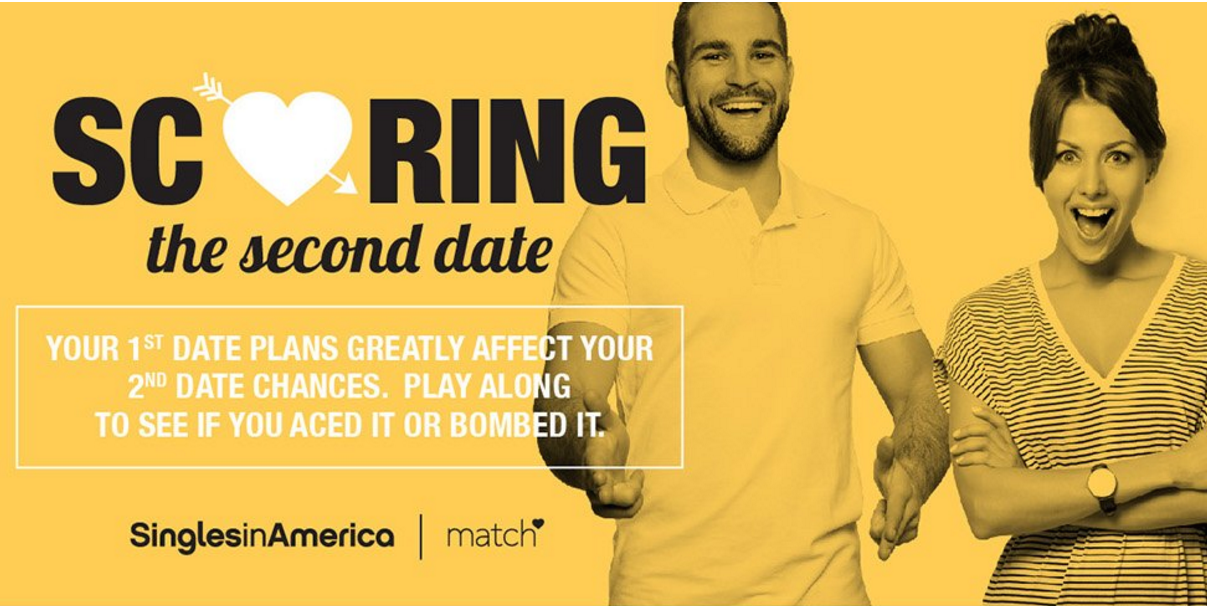 Match.com has just released the results of its latest Singles in America study, sharing findings about the modern dating habits, sexual preferences and lifestyle choices of American singles.

The national study uses information from the 2015 US Census, to reveal some interesting information about the behaviour of American singles, such as how they define an ex, and how their political values affect their dating choices.

The 2015 study was funded by Match, and conducted by Research Now, in partnership with Match’s Chief Scientific Advisor, Dr. Helen Fisher.

During the analysis, researchers found that 59% of men and women in the US do not expect to feel “chemistry” until the second date, with over one third of them not expecting to feeling passion until at least the third date.

However, around half of the 5,504 singles surveyed said they would go on a second date having not felt any chemistry in the first meeting, with the belief that someone will “grow” on them.

Almost 75% of American singles prefer to eat American food on a first dinner date, however taking a risk and going to a restaurant with foreign cuisine can increase the chances of a second date by 170%.


Also, 50% of men and women think kissing is only acceptable on a ‘good’ first date, and just 14% of US singles will discuss an ex on a first date.

Match Group’s CEO of North America, Mandy Ginsberg, said: “For the sixth year in a row, Singles in America has redefined what we know about dating and relationships.

“Our most recent data shows that dating online increases your chances of going on a first and second date in 2016 by 150%.

Singles in America also disclosed some compelling information about how conversation about politics affects an individual’s chances of a second date, and how dating differs between followers of opposing parties.

The researchers found that having a good discussion of a political issue on a date can boost your chances of a second meeting by an impressive 91%.

If on a date with a Republican, going to an expensive restaurant can boost the likelihood of another date by 122%, whilst Democrats will appreciate, sushi, cocktails and conversation about marriage and politics.

The site’s Chief Scientific Advisor, Dr. Helen Fisher said: “With this cogent 2015 survey of single Americans, we are uncovering more and more of the shrouded attitudes and behaviors of this massive population. “And the coming year is special: it’s political, and today’s singles have vivid opinions about what they will not tolerate in a leader.

She added: “Moreover, this year we focused on the crucial ‘second date,’ a vital courtship step that has been seriously understudied until now.

“This meticulous annual scientific study continues to reveal the pulse of the single’s psyche…and our basic human nature.”