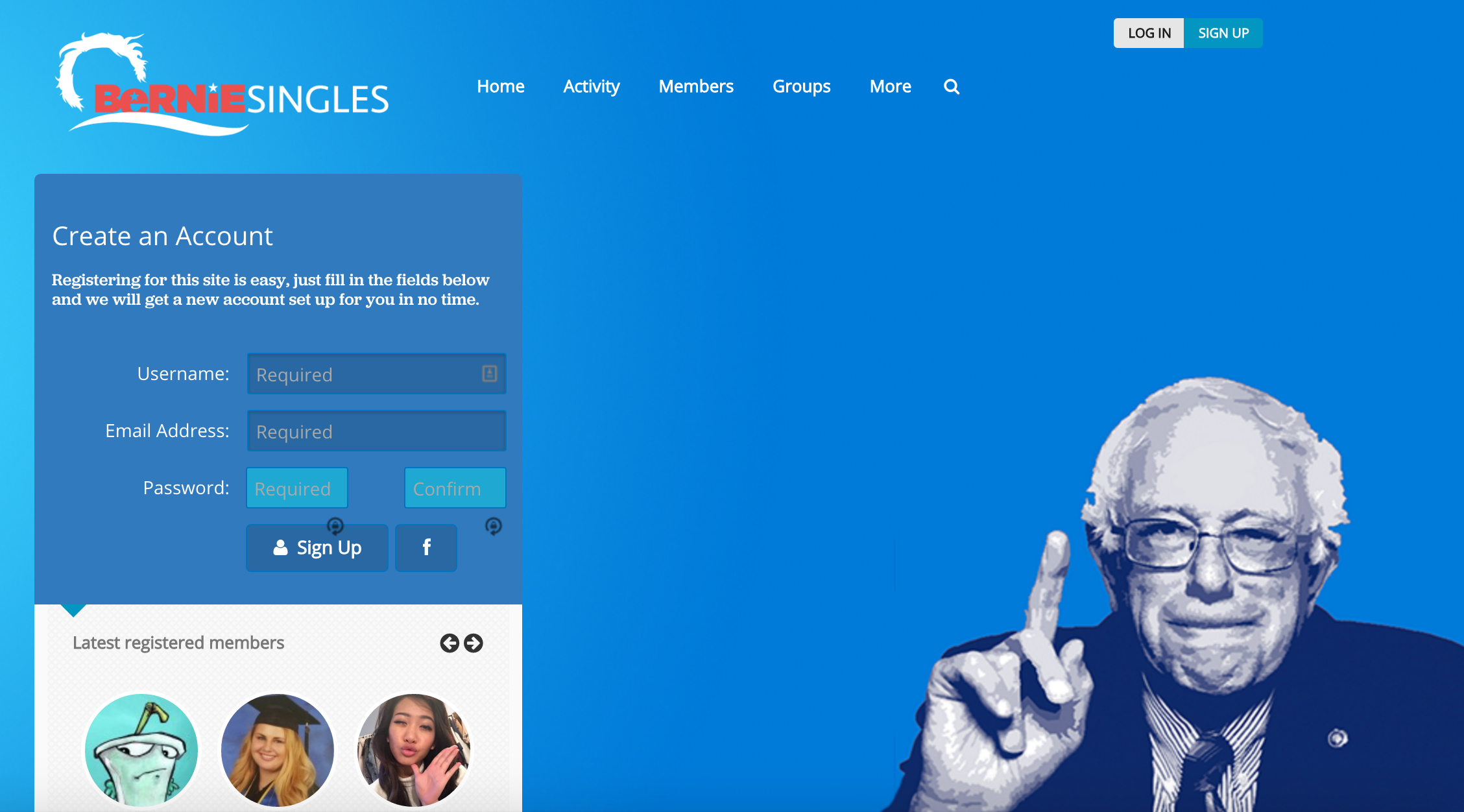 Following his decisive win in the New Hampshire primary and recent reports that his supporters were campaigning for him on Tinder, it seemed only a matter of time before someone created a Bernie Sanders dating site.

And it has now finally happened with BernieSingles.com – a dating site for supporters of the Vermont Senator and Democratic presidential candidate.

The dating site was founded by people who say they “just want the fire to Bern in everyone’s heart”.

The founder of BernieSingles, 19-year-old Arizona State University Political Science student Colten Caudle, said the site is for people from all walks of life, but specifically those “who share the philosophy championed” by the Senator.

Caudle decided to create the dating site after the success of his Facebook group Bernie Sanders’ Dank Meme Stash.

The free site – which uses the tagline “The 1% aren’t the only ones getting screwed this election season” – is funded by ads, and currently has over 5,500 members in total, despite the site crashing when the platform went viral, with stories in GQ, the Huffington Post, Vox and The Hill.

Earlier this month, two women were banned from Tinder for campaigning for Democratic presidential candidate Bernie Sanders on the dating app.

Their actions were deemed to be in breach of Tinder’s Terms of Use, which prohibits spamming, the transmission of junk mail, chain letters and “unsolicited mass mailing”.

But after being blocked from the app, the two women recently revealed they have been allowed back onto the dating platform, and plan to continue campaigning for the Vermont senator.