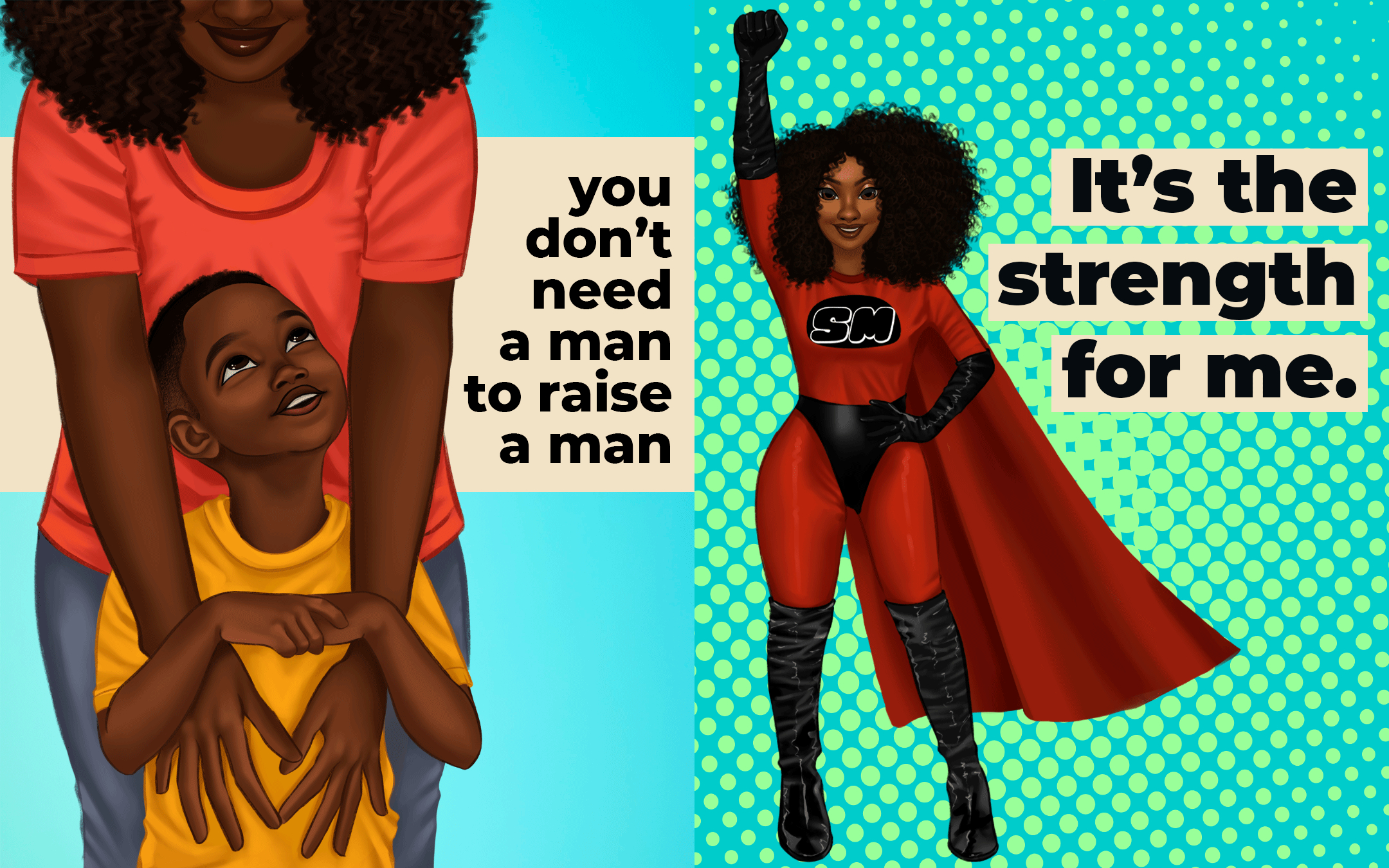 BLK, Match Group’s Affinity brand for Black singles, released a range of digital Mother’s Day cards to celebrate women in the community who are raising children by themselves.

Each one recognises the unique strength and determination that single women display while looking after their family. The inspirational phrases on the cards include “You don’t need a man to raise a man”, “Melanated Mom makin’ moves” and “It takes a village”.

Copy on the dedicated webpage reads: “Being a single mother does not mean poor and lonely!  In fact, single Black moms are rich in their melanin and bountiful with the love and support of their community.

​”We’ve partnered with three Black artists to create BLK exclusive cards to celebrate those moms out there who are livin’ the single life and handling motherhood like a true boss!  We see you sis!”

The cards were completely free to share via text and email, and people were also encouraged to post them on social media with the hashtag #BLKSNGLMOM.

Match Group has seen a lot of success with virtual card campaigns for different products in its portfolio. OkCupid first released a range before Valentine’s Day for ‘diverse relationships’, such same-sex, gender-fluid and polyamorous.

This was followed by Christian dating app Upward, which made cards for the Easter holiday. They featured colourful, eye-catching illustrations and faith-based chat up lines.