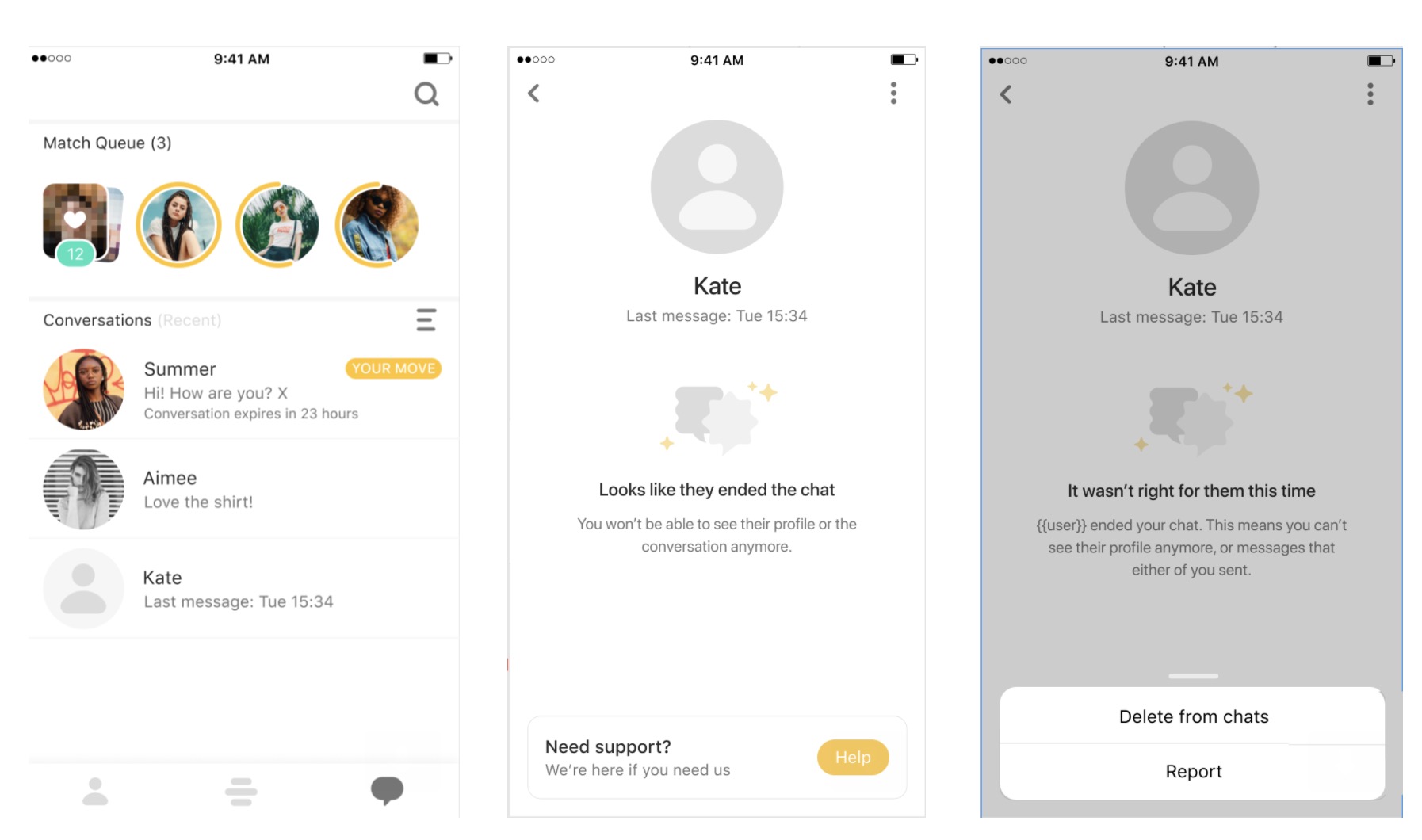 Bumble has released updates for its unmatch protocols, giving users more control over who they match with, what happens to deleted conversations and overall improving in-app safety.

The new update also stops bad actors from blocking a match in order to prevent them being reported or investigated if they breach the terms and conditions.

Previously, when either party opted to unmatch the other, the conversation would disappear. However, this could be used by harasser to leave a conversation before the victim had a chance to report them.

A call out from the Australian radio show Triple J Hack found that the majority of the 400 respondents said they had experienced sexual assault or harassment while using dating apps.

48 individuals said they had reported a sexual offence to Tinder, with only 11 receiving a response. Furthermore, most of these responses were a generic message with little information about actions taken.

The same report also accused Grindr of not doing enough to protect its community from previous sexual offenders. The gay dating app allegedly does not have adequate security procedures in place to stop people from making multiple accounts.