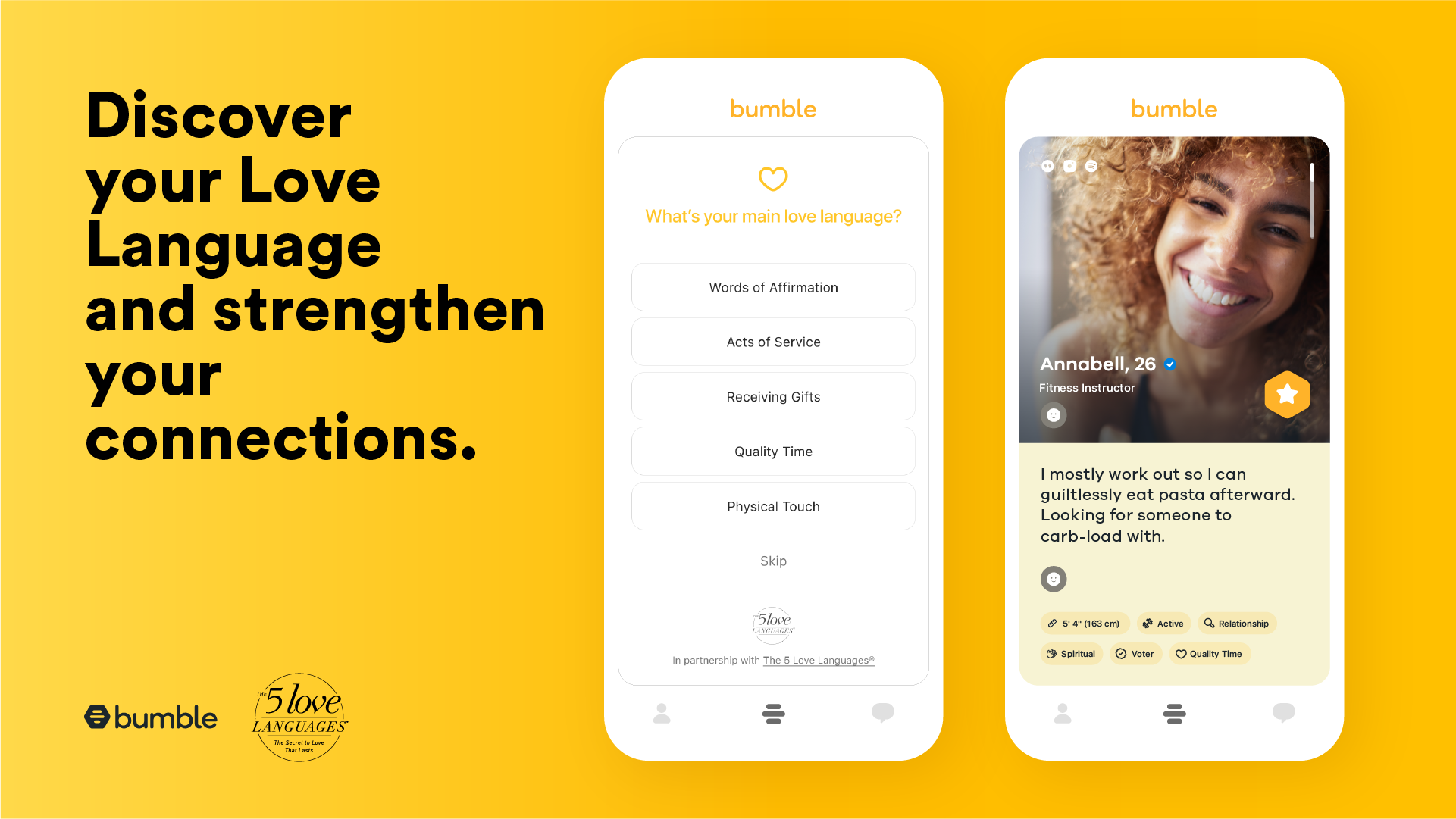 Bumble has partnered with the team behind a best-selling book, to introduce a new profile badge which helps users discover and share their individual “love languages”.

‘The 5 Love Languages’ was first published in 1992 by Gary Chapman, Ph.D., and explores the different styles in which people show and feel love. It can be narrowed down to five categories: Acts of Service, Quality Time, Receiving Gifts, Physical Touch, and Words of Affirmation.

Now, users of the female-first social app based in the US can publicly display their love language on their profile, to find even more compatible matches.

Bumble offers several potential badges, such as religion, political views and star sign, that reportedly increases the chance of matches by 70%.

Jemma Ahmed, Head of Insights at Bumble, said in a statement: “Leading into the holidays, more than 80% of people are claiming that they’re planning to use dating apps just as much as they do now, if not more.

“We want to encourage our community to discover their love language so that they can make stronger connections and have more meaningful conversations as they’re navigating what dating looks like this holiday season and beyond.”

Daters that don’t already know their love language can find out by taking an in-app quiz until 16th December.

‘The 5 Love Languages’ collaboration is also present in Bumble’s ‘Question Game’, a mode where matches mutually answer suggested questions to help them break the ice. It is the brand’s first crossover between profile badges and the Question Game.