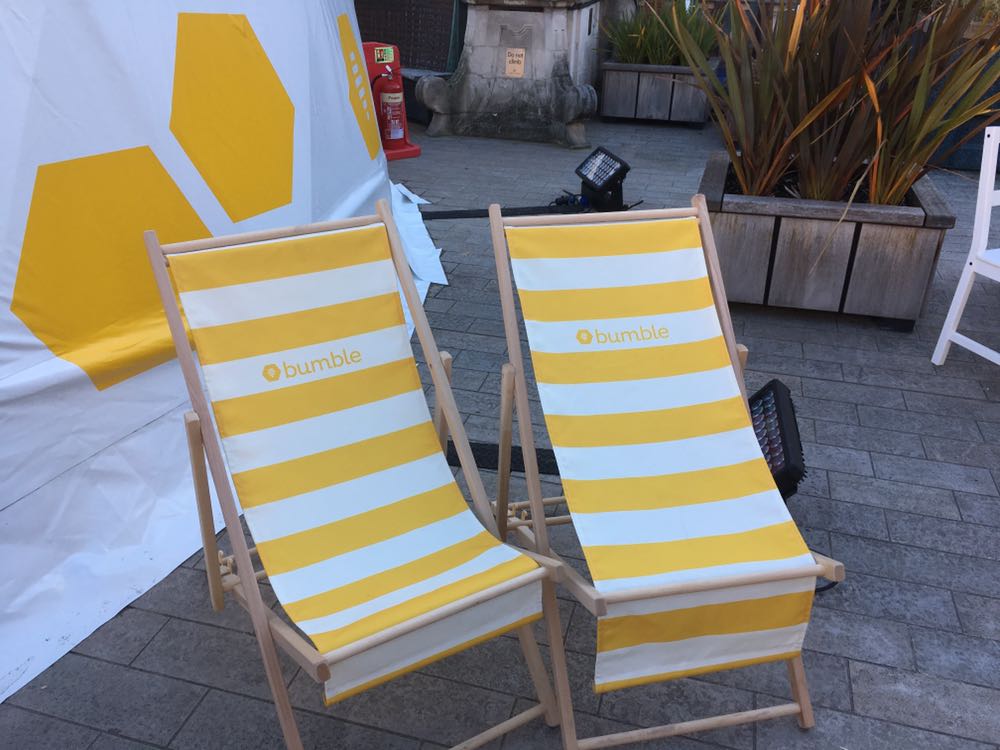 Speaking at the TechCrunch Disrupt in San Francisco, Wolfe Herd announced: “Our users have shown us that they want to be a part of our brand in a deeper way, more than just using our product.

“In 2019, we’re rolling out physical Hives. They’ll be something no one’s seen in the space, and it won’t be a model that you’ve seen outside the space.”

The Bumble CEO didn’t go into much more detail about the plans, but she hinted that they wouldn’t running typical real-world dating events.

Bumble has run pop-up Hive events in various locations over the past few years. They give users a chance to attend networking workshops, interactive sessions and panels, all focused on female empowerment and progression.

Earlier in the interview, Wolfe Herd discussed Facebook’s move into the dating business.

She explained that it gave validation to the industry and was “the best thing that could happen to the dating space, maybe ever”. She isn’t too concerned that Facebook will be a big threat to the Bumble brand. This is a mindset that was mirrored by Bumble’s COO Sarah Jones Simmer during an interview last month.

It has been a strong 12 months for Bumble, highlighted by its appearance on LinkedIn’s Top Startups for 2018. The dating app was number 39 on the USA list.