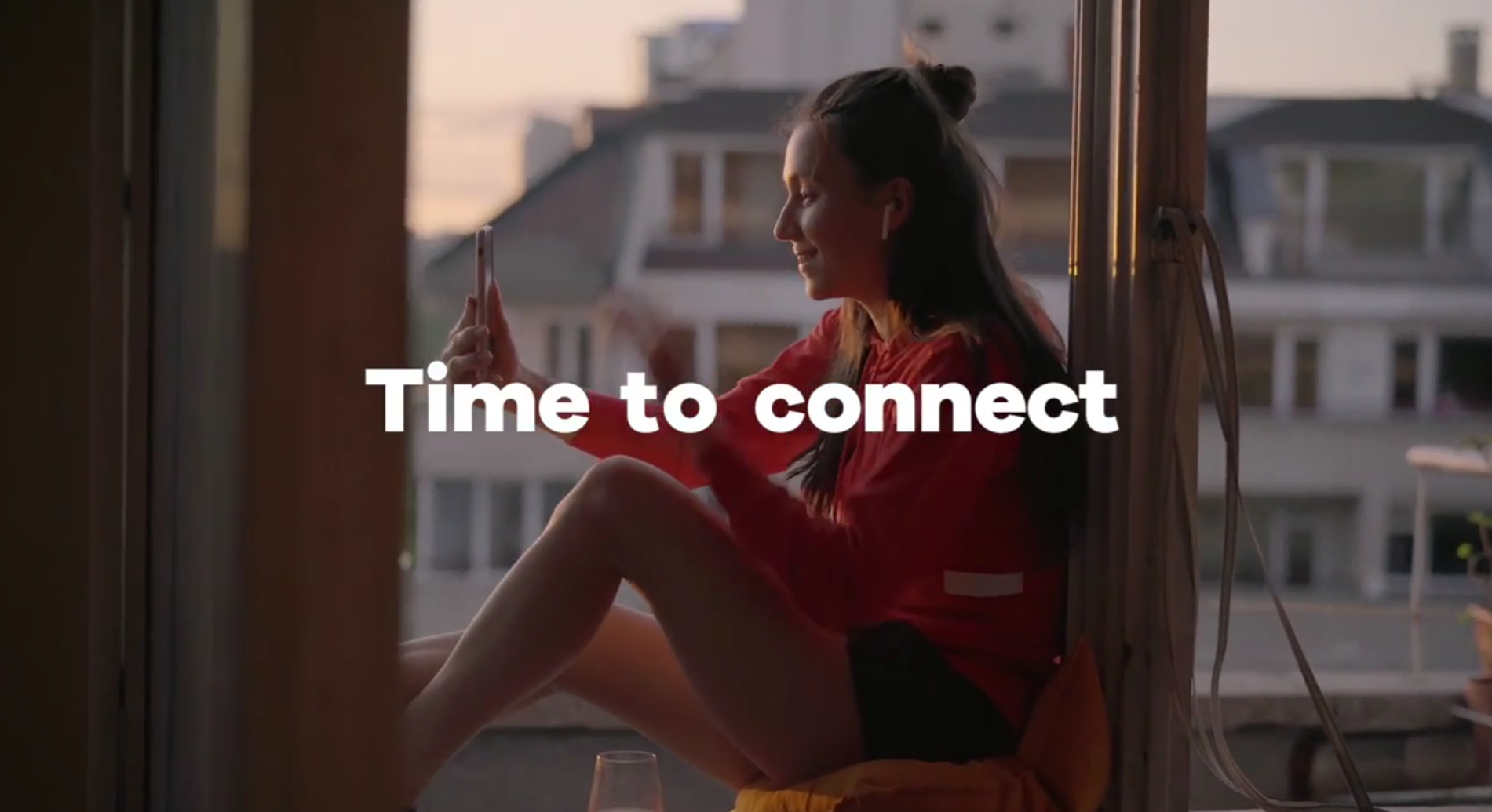 Bumble has launched a new UK campaign to highlight the importance of staying connected and detailing how user activity has changed during the lockdown period.

‘Time to Connect’ features a 30-second advert that compares people’s fast-paced lives from earlier this year, with how they’ve slowed down since lockdown began in March.

The first half of the video uses split-screen and fast cuts, whereas the second half moves much more calmly to show people taking the time to connect with themselves and others.

Bumble’s Associate Director of Marketing Naomi Walkland told Adweek: “This campaign is all about reflecting on the many ways our lives have changed and slowed down during these tough times. Whether you’re speaking to friends, families, or loved ones, connections matter now more than ever.

“We wanted to highlight how our community is using this time to prioritize what matters most to them, and we hope that this video will remind people of all the great connections they’ve made and will continue to make.”

She also made it clear that the video was produced by abiding with government guidelines of social distancing and using a large amount of pre-existing footage.

The female-first social app published a survey last week that found more than half of its members are searching for more serious and meaningful connections while in lockdown. This is a trend that is expected to continue even after the restrictions are lifted.

Data also shows that its in-app video and voice calls have seen a 42% increase in activity rates between May and March.

Bumble released another video for its UK audience in April, encouraging them to ‘Get Close From Afar’ and keep in regular virtual contact with their friends, family and matches.