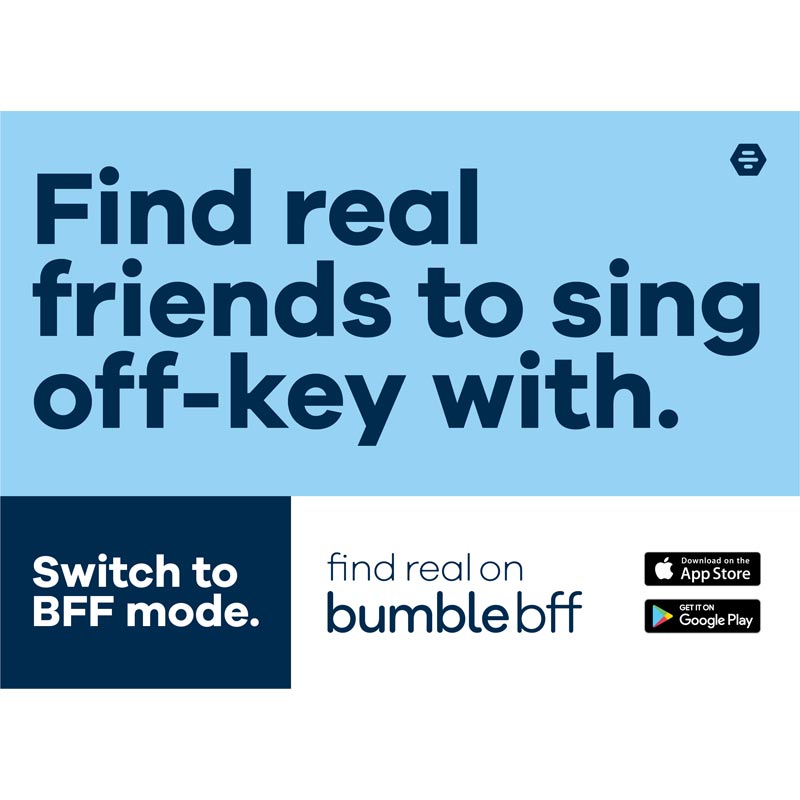 The campaign advertises the BFF mode and encourages women to utilise the platform to make new connections. It aims to help millennials who find it hard to make new friends, showing them that there is a way to do so with social technology.

The app is running the promotion across all of its digital spaces and some out-of-house locations, taking over billboards and bus shelters in major cities.

Bumble has taken it upon itself to end the so-called ‘loneliness epidemic’, starting a similar campaign in its main English-speaking and European markets last week. The brand’s collaboration with actress and activist Jameela Jamil was timed with International Friendship Day on 30th July.

Priti Joshi, Bumble’s Global Director of Strategy, said in a statement: “We’re thrilled to launch our new integrated multimedia campaign to celebrate Bumble BFF and the importance of friendship.

“Bumble BFF is important to our users in India – and through this campaign our goal is to create awareness about the existing Bumble BFF community and invite others to join!”

Whitney Wolfe Herd’s startup has partnered with women’s lifestyle brand Label Life as part of the promotion. Users who swipe right on the in-app card will be in with a chance of winning free clothes and accessories for them and their friends.

Bumble’s last Indian marketing push was an extension of its “Find Them On Bumble” rollout, which highlighted 25 inspiring women, including Priyanka Chopra, who use the Bizz mode for professional networking.

According to a survey from Bumble, 40% of its female Indian users are looking for general friendship, while 17% are specifically looking for someone to go travelling with.