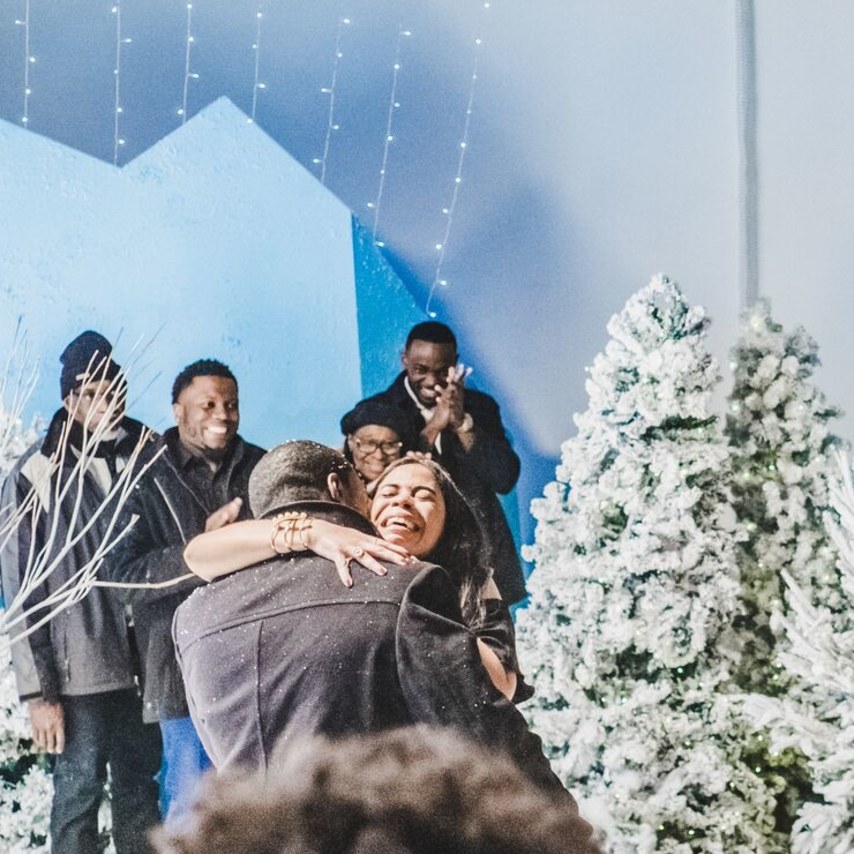 Bumble has helped a man plan a surprise snowball fight ‘winter wonderland’ to propose to the girlfriend he met on the platform.

Brenton reached out to Bumble to tell them about their love story from the app, and how he wanted to do something really special for his bride-to-be, Michela.

The company responded and helped create a romantic winter wonderland snow ball fight for the couple, as it was a seasonal tradition that they both keep close to their hearts.

After claiming each other was “the one” after their first date at a little Indian restaurant, the pair are always the first to have a snowball fight.

Brenton said: “Every year we end up in a snowball fight. When the snow falls, it’s a fun thing to do to throw snowballs at people you care about. We can’t have snow on the floor and not throw it at each other.”

Brenton brought Michela to the scene, acting as if it were a friend’s holiday party. The winter wonderland was full with fake snow, dazzling lights and flocked Christmas trees.

All of their friends and family were there to surprise Michela by popping out from behind the trees with snowballs in their hand and ready to greet the couple.

Brenton then got down on one knee with a fake snowball with a ring inside to pop the question, and she said yes!

All of their friends and family were surrounding them, reportedly screaming with joy.

Michela said: “I wish I could have been more elegant or picked up a snowball and hit someone with it. But I just started crying because it’s everything I’ve ever wanted and it’s happening now. And I can’t contain myself, so I just stomp around crying.”

Watch the video of the proposal below: