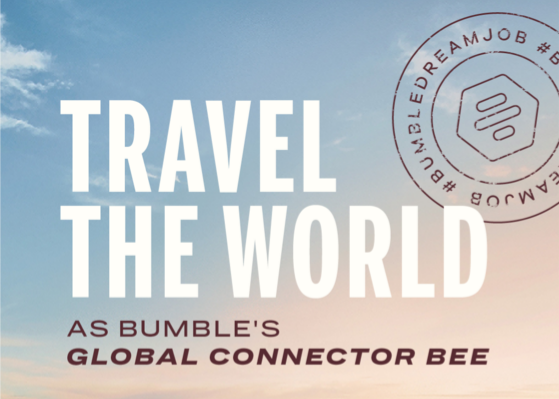 When Bumble announced in May that they were planning to hire two ‘global connector bees’ to travel the world using the app to form friendships and go on dates worldwide, it was promoted as the “dream job”.

The social network’s brand new connector bees have now been chosen and they are ready to begin their journey this week.

Brigette Muller and Juliana Broste, both from the USA, will leave for Singapore on 17th January, in an effort to form worldwide friendships, go on dates, and build international connections.

The pair will remain together on their journey throughout 2020, beginning in Singapore and travelling on to Australia, Canada, Indonesia, Germany, Mexico, the UK, Japan, and many more. All of their adventures will be shared across the variety of Bumble’s social media platforms.

Broste, an award winning journalist, told Travel and Leisure: “One of the best things about travelling is meeting new people. You never know who you’re going to meet.

“Through Bumble, I’m excited to get to know people around the globe who I never would have met otherwise. It just makes this big world feel a whole lot smaller. As often as we look at people from other cultures as different, I’m excited to see just how much we are all the same.”

Both women will spend about two weeks in a designated location, where they will showcase their lives while using Bumble as their guide.

“The response we’ve received following the Global Connector Bee announcement has been tremendous,” Chelsea Maclin, vice president of marketing at Bumble, said in a statement.

“We received thousands of applications for this position. We initially wanted to hire one person for the job, but after meeting Brigette and Juliana, we knew that we had to extend offers to both of them.

“As a company that prioritizes healthy, safe, and equitable relationships, we know that we are the most powerful when two people are making a connection.”