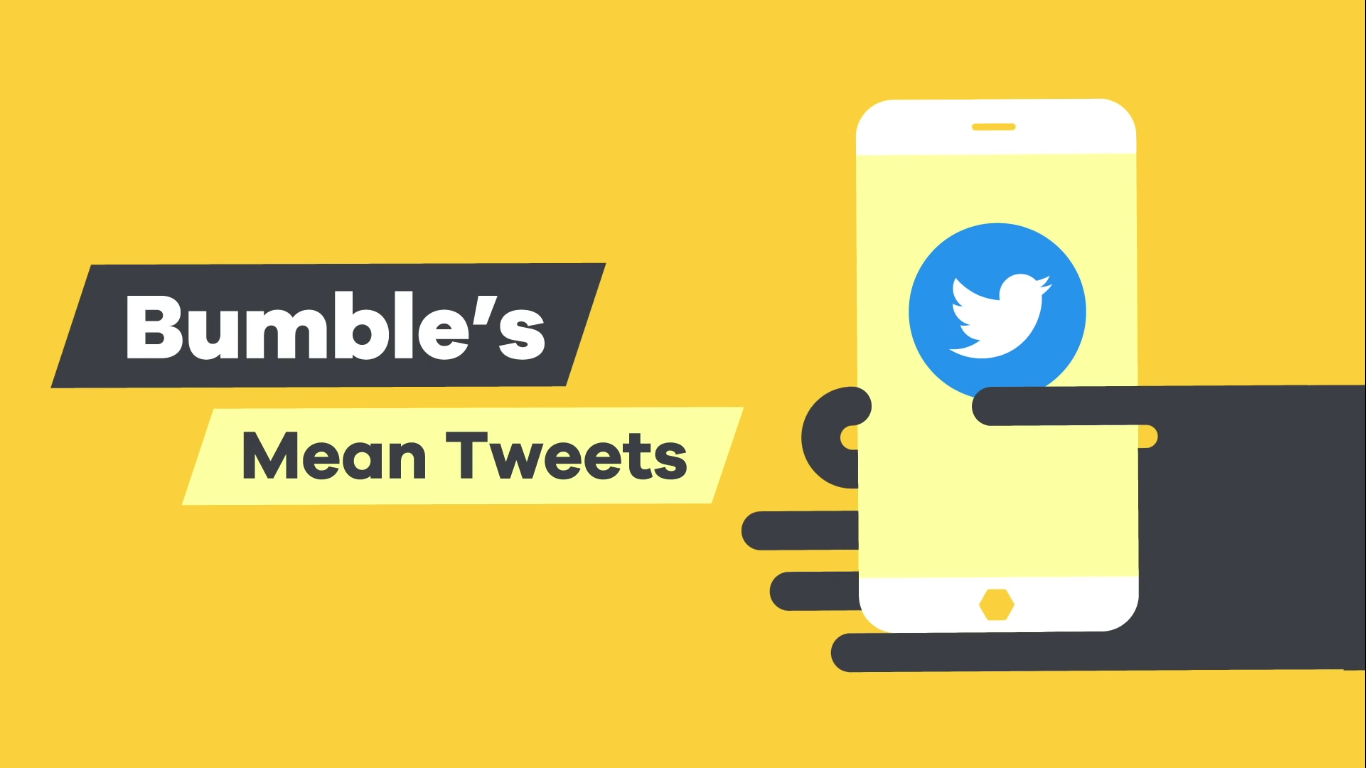 Bumble Product Lead John Kneeland has recorded a “Bumble’s Mean Tweets” video, where he reads some of the negative comments the social app has received online.

The ‘Mean Tweets’ trend was started in 2012 by Jimmy Kimmel on his late-night talk show, where he invited celebrities to read abusive tweets people had written them.

A majority of the tweets focused on Bumble’s use of push notifications, either for being overly encouraging, or reminding users that they have no new matches.

One of tweets read: “[Bumble] push notifications hound on me for being single more than my family does.”

Another complaint from a user came regarding the app’s redesign, arguing the decision to put white text on a yellow background made it “unusable”.

Bumble was forced to apologise last month after sending notifications informing users about its partnership with the Movember foundation. The messages were poorly worded and some users believed they were suggesting women could cure a man’s mental health issues by matching with him.

Kneeland finished the video by saying his team reads all the feedback it receives on all platforms, and takes each individual complaint seriously.

He also highlighted some recent positive updates that have been made – including making it possible to login without Facebook.

Bumble was recently criticised by animal rights activists after pictures of people riding elephants at the India launch party were posted on Instagram.