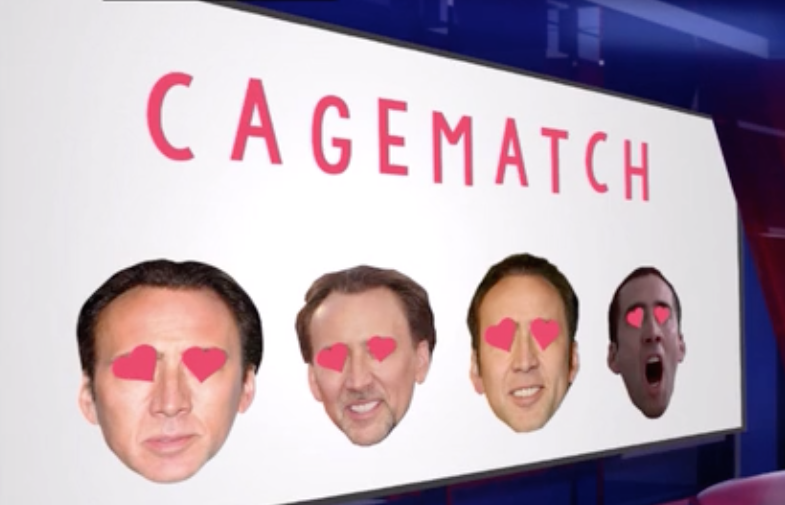 The online dating space is full of weird and wonderful niche platforms, all looking to cater to individuals who share a particular interest or personality trait.

And now, the industry could be about to see one of its most bizarre sites – a service that matches its users based on their favourite Nicolas Cage films.

The founder of Cage Match, web developer Adam Burt, has just launched a campaign to raise development funds for the unique website, writing:

“The best way to find true love is to ask the important questions early on in a relationship. That way, you both know where you stand.

“But to date, no dating service truly offers a comprehensive view of the most vital aspect of their character: How would they rank the works of Nicolas Cage?”

The UK-based developer has created a Kickstarter campaign, with hopes of raising £20,000 from backers, offering a number of rewards based on the amount of money they pledge.

Once a user has created a profile, the site asks them to list their favourite films the Academy Award-winner has starred in.

Cage Match will then use this information, as well as user location and age preferences, to generate match suggestions. Burt describes the site as “a beautiful, fully responsive and mobile-friendly dating website that tells you everything you need to know. Whether you’re into Leaving Las Vegas, or National Treasure (Really?) we’ll find the perfect partner for you.”

Burt admits he has “made dumb stuff before”, but “not quite on this scale”.

And if he reaches his goal, he also plans to add a “Face/Off” mode, which lets you chat to singles in your area, except all of their profile pictures have been replaced by a picture of John Travolta.

“If love blossoms between you and your chatting partner, you can both select to reveal your true identities when you feel comfortable. It’s a pretty good addition for people with low self-esteem and people who get off to pictures of John Travolta,” Burt says.

This is not the only niche platform we have seen attempting to raise development funds on Kickstarter recently.

Earlier this month, we reported that the creator of new “Netflix & Chill” dating app had launched a similar campaign to raise money for the service.

Cody R. Griffith is the creator of the new app, which matches individuals based on what they enjoy watching on TV.