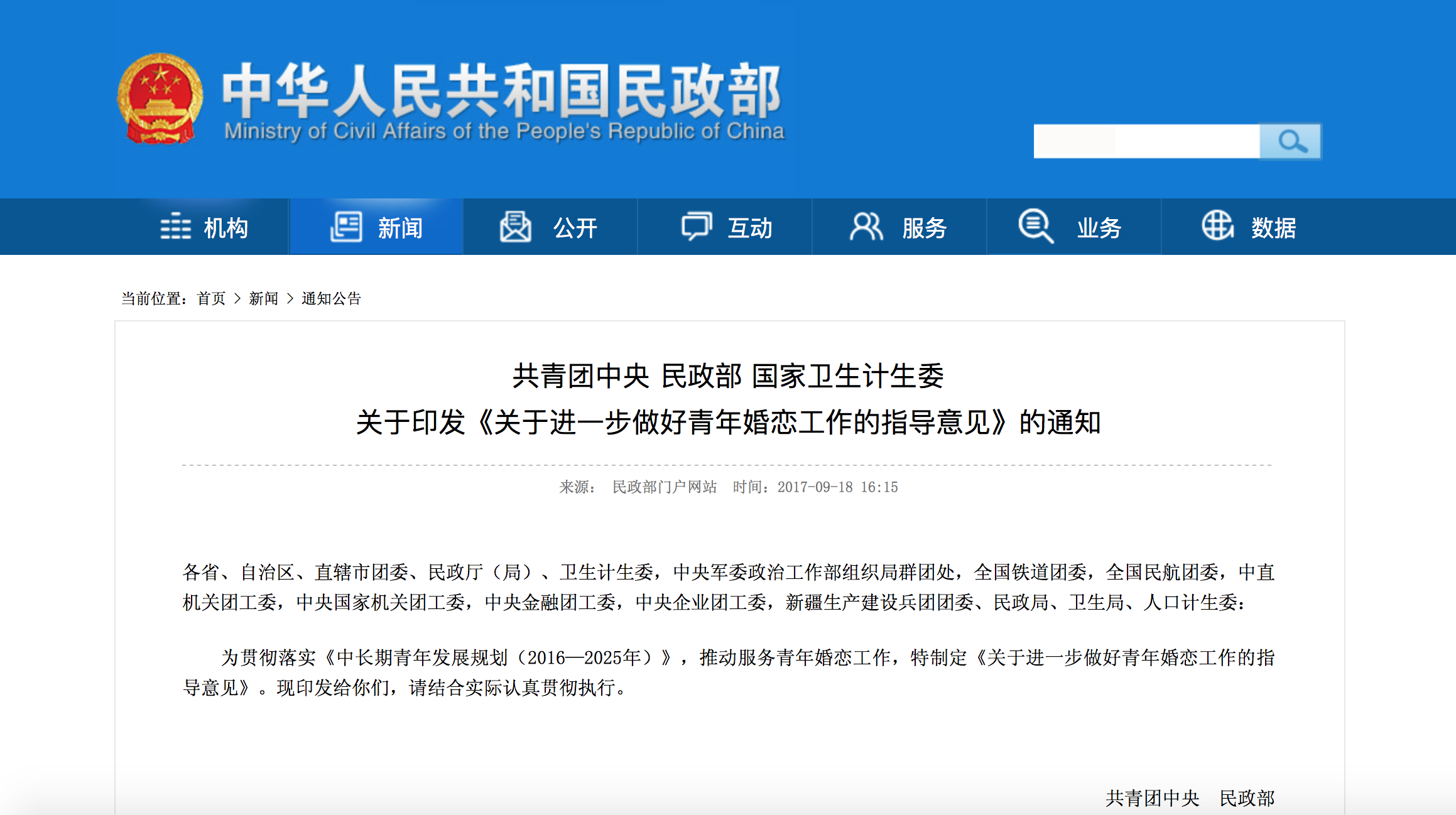 China is calling on dating sites to take extra measures to verify the identities of users after a spate of high profile romance frauds.

The regulations were drawn up by the Ministry of Civil Affairs, the Communist Youth League and the National Health and Family Planning Commission, and are designed to make online dating platforms “sound and trustworthy”.

This includes requiring dating websites to keep a record of their users’ real identities.

According to the South China Morning Post, the guidelines were published by the government on Monday, and outline plans to further scrutinise dating platforms.

The announcement also says there will be a push to organise more state-sanctioned online and offline matchmaking events across the country.

The government also said it will increase the number of marriage and dating counselling services, promote sex education at schools and tackle marriage fraud.

These measures come after the Chinese government ruled in June that all dating site users must register using their real names.

It also comes after the high-profile suicide of WePhone founder Su Xiangmao, which caused controversy across China and sparked debate about the rise in online dating scams in the country.

Xiangmao, the founder of the Skype-style WePhone app, killed himself after allegedly being blackmailed by his new wife into paying her $1.5m.

The two had met on Jiayuan.com, and after the story broke, the dating company confirmed that both Su and wife Zhai had registered with their real names.