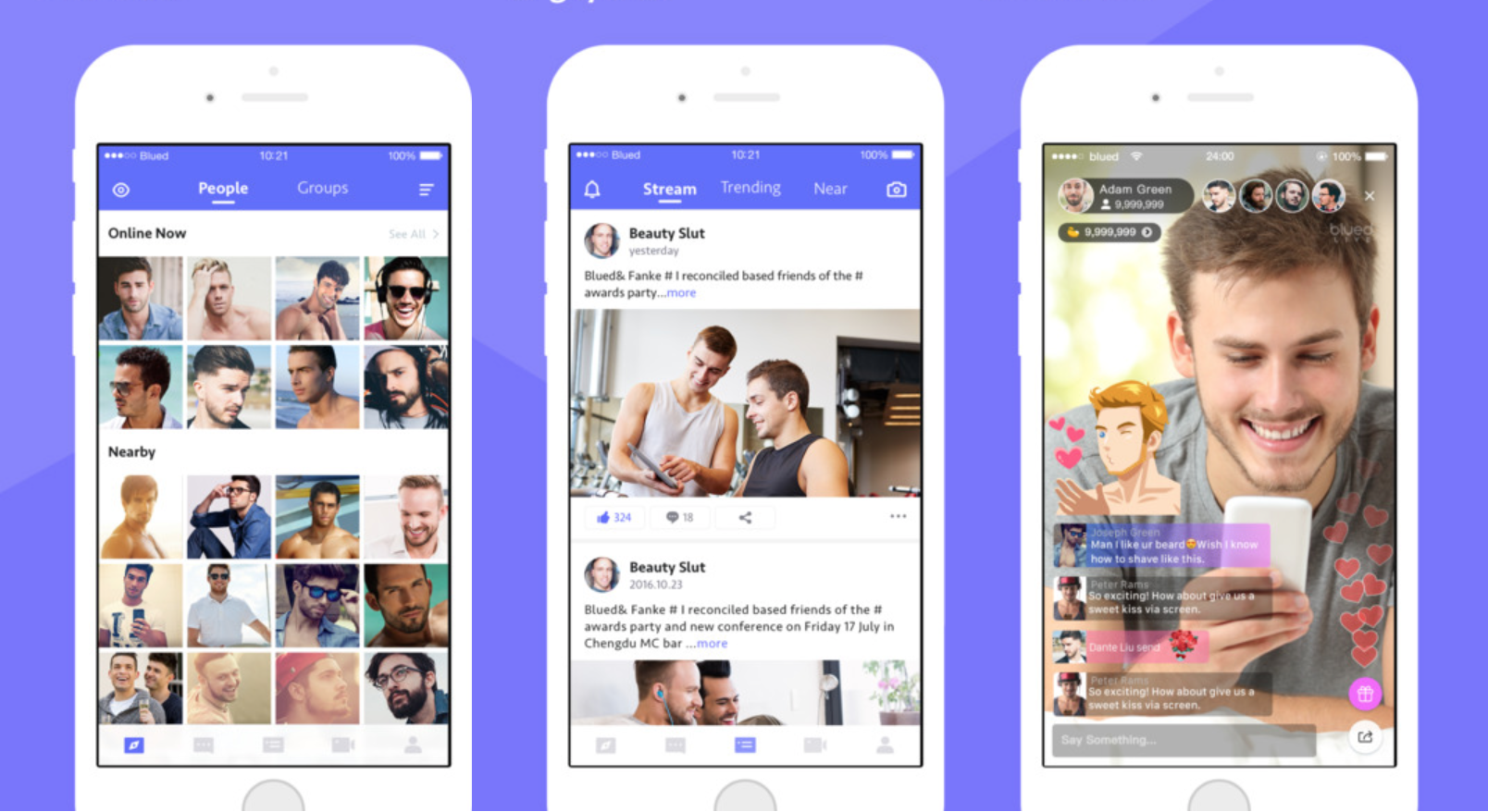 Founded by former policeman Geng Le in 2012, the platform has over 27m users and is estimated to be worth around $600m.

The social app is currently in beta in the UK, and is gearing up for a spring launch in Europe.

And with its UK launch on the horizon, Blued has just signed an exclusive partnership deal to live-stream Sink the Pink, which it describes as “East London’s most ridiculous gay, drag, ‘gender-fuck’, queer, FUN party”.

This week, the creative team behind Sink the Pink has been live-streaming its behind-the-scenes preparations for the London party, showcasing “everything from wig shopping to dance rehearsals” ahead of the event tomorrow.

“Sink the Pink: Toys” will take place at the Troxy Theatre this Saturday, 18th March, with Blued live-streaming the show to its users.

The app has also signed partnership agreements with the Paris 2018 Gay Games and MisterB&B.

Blued seeks to be an alternative to “overly sexualized” gay apps, aiming to give users a safe environment to connect and chat.

The social dating app offers verified profiles and face authentication technology, as well as letting users link both their Facebook and Instagram accounts.

This came after a significant investment of $30m back in 2014 from venture capital firm DCM.

Last December Blued also revealed it was joining an extension of Hornet’s $8m funding round, which was led by Ventech China.

Blued, which is undergoing a “complete makeover”, will launch in the UK this spring.