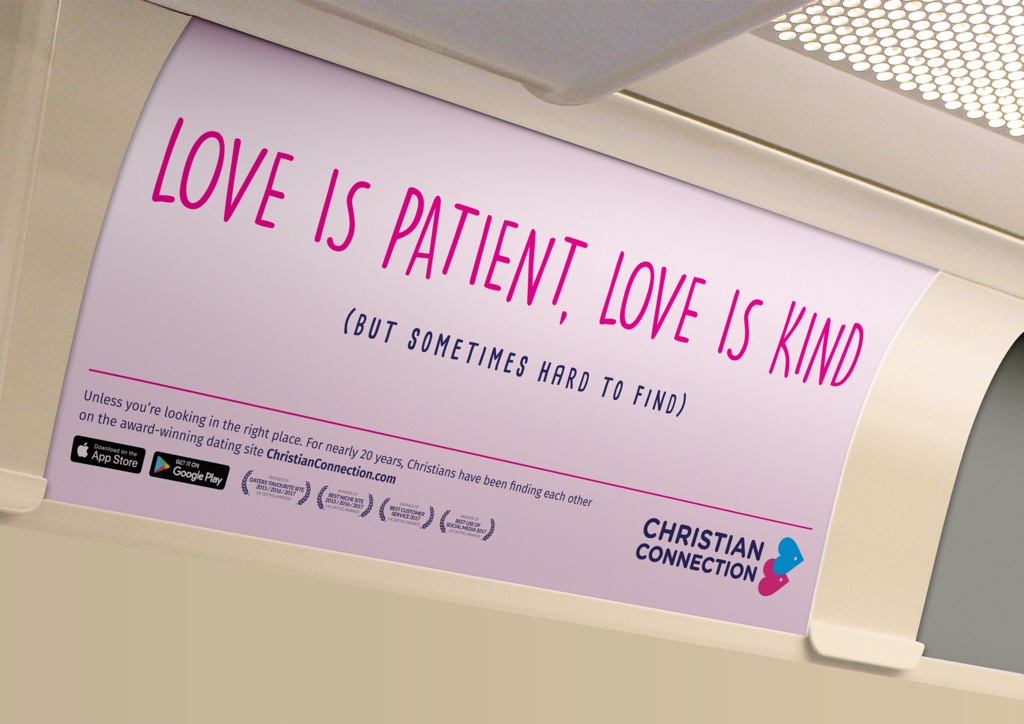 Christian Connection has launched a new year’s marketing campaign which features posters on the London Underground and Manchester Metrolink.

Commuters are being encouraged to download the app if they lead a busy lifestyle as it offers an easier way to date. In one of the adverts, Christian Connection is suggested as “the right place” to find a partner who shares a similar faith.

Spokesperson Joff Williams said in a statement that church attendances have been dropping, which has led to more people signing up for religion-based online dating sites.

Christian Connection was first founded 20 years ago and, like most other online dating platforms, January is its busiest time of the year.

Williams explained: “We see membership numbers almost double in January, so it’s a great time to step out of your comfort zone and meet someone new.

“But whether you’re a Christian or not, single or otherwise, we hope this campaign will put a smile on your face at a time when we all need a little bit of positivity in our lives.”

Dating Sunday falls on the first weekend of the new year and is when the most amount of activity is seen on leading dating sites. Following the holiday period, singles are thought to be interested in finding someone to celebrate Valentine’s Day with.

Christian Connection CEO Jackie Elton appeared on a panel at last year’s GDI London Conference, where she discussed how religion and online dating have been integrated in modern times.