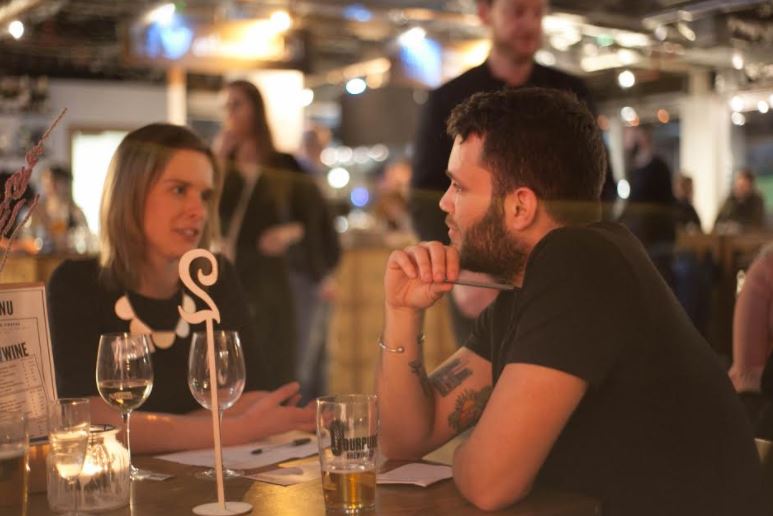 CLiKD invited 32 single participants to attend the event, in the hope to send some of the strangers away on holiday together.

The event saw prospective couples given three minutes and three questions to decide whether they would go on holiday together.

The session saw eight winners who matched and agreed to go on a mystery trip abroad to an unknown destination.

Another twist is that the destinations where couples will be sent will be kept secret until 24 hours before they leave. CLiKD has partnered up with ATO-Tours to provide the mysterious trips away. Madeleine Mason Roantree, a dating and relationship psychologist and Director of PassionSmiths.com, said: “As a dating tool, CLiKD works because the picture based element connects people at a deeper level. There is something more emotive and intuitive than text based communication.”

She added: “Date Escapes is a fantastic idea and really encapsulates the fun side of CLiKD! Most people feel better when they spend time with others, and trying something novel such as speed dating will excite the senses, and can increase the feel-good hormone dopamine.  Studies have also shown you are more likely to meet a partner at a speed dating event than hanging around cafe!”

Michael Blakeley, CEO of CLiKD, also commented: “We pride ourselves on our creativity and fun and we wanted to do something which would challenge the public to see how adventurous people really are! But we have really been blown away by the response. It was a great night, and we saw that our personality test actually worked really well when compared with discussions in real life. Now I can’t wait to see what happens next!”

See the video below: