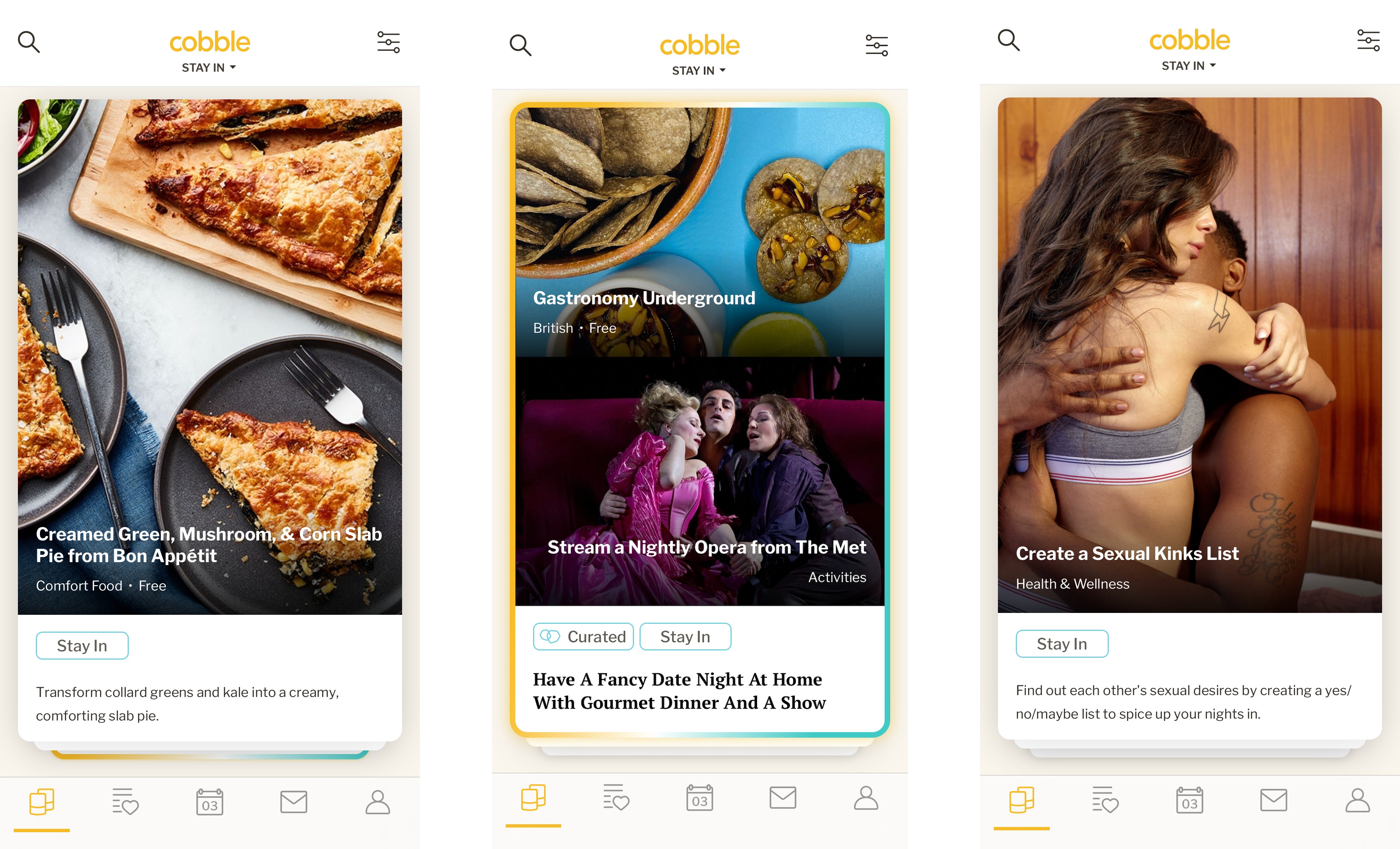 Cobble, a decision-making startup app that helps couples easily decide what to do on a date, has rolled out the ‘Stay-In Experience’ filter this week.

The development now means that anyone across the US can use the app, no matter where they live or what their local social-distancing restrictions are. Cobble was originally launched in New York City and only featured offline date venues in the area.

If singles select the ‘Only Show Stay-In Activities’ button, then they will be able to choose ideas that they can do at home with a loved one or virtually for a first date.

This includes health activities, films to watch, podcasts to listen to, cooking recipes, games, virtual events, and many more.

Each person swipes left or right on the activity. If they both agree then a match is made and they can set up a time that works best for both of them.

Cobble founder Jordan Scott appeared on The GDI Podcast at the beginning of the month, and explained that launching in the middle of a pandemic allowed her to scale the product a lot faster than originally planned.

The team consists of local freelance writers who curate the most appropriate venues for a date. However, by adding the general stay-home option, Cobble is now accessible to people nationwide.

Scott is also planning localised launches in several major cities, including San Francisco and London. Cobble completed a seed funding round worth $3 million in October, which will be used to aid this expansion.