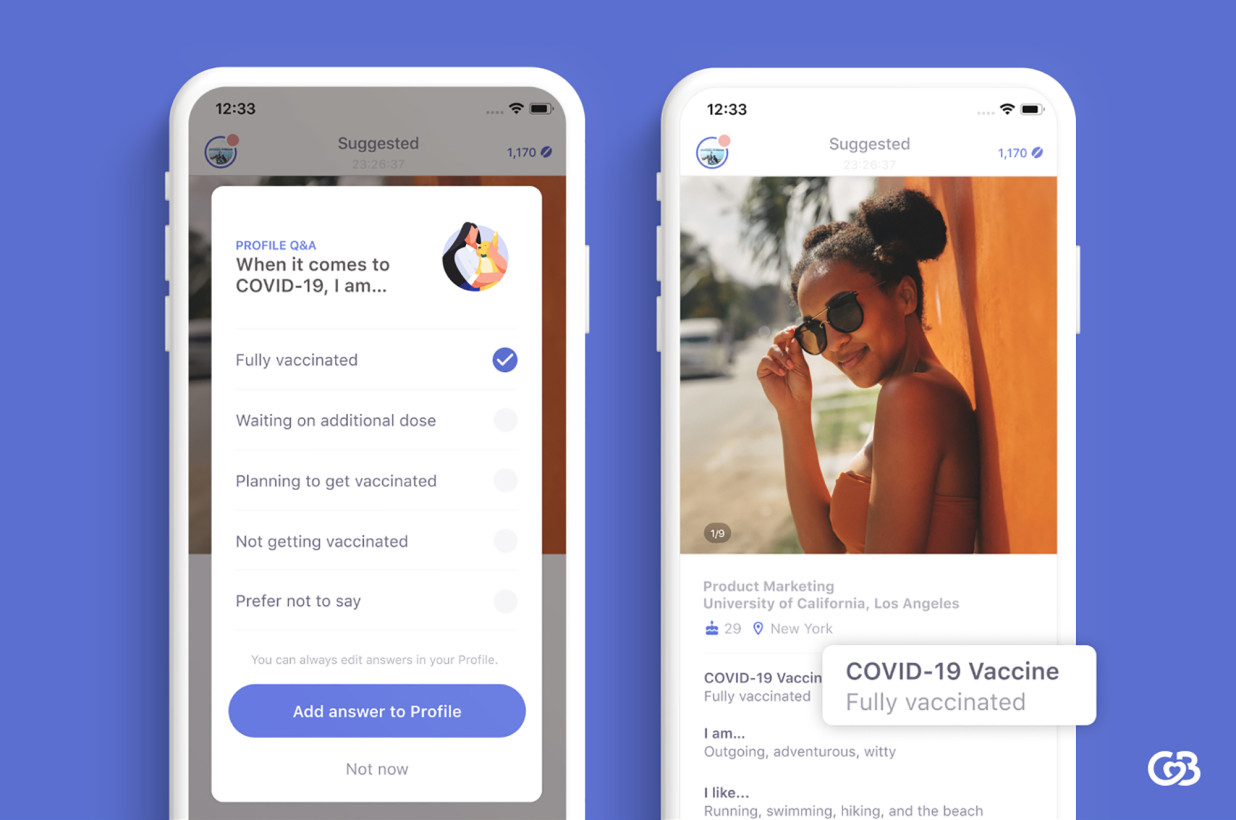 Coffee Meets Bagel has added the opportunity for users to reveal their vaccination status and intentions on their dating profiles.

Members are now able to clarify if they’re fully vaccinated, partially vaccinated, or on a waiting list. Users can also state if they have no intention of taking the vaccine, or if they’d prefer not to say. The responses then lead to each profile, and can be updated at anytime.

This feature comes as 19% of the US population has received at least one dose of the vaccine, and many are questioning whether or not it is safe for them to start dating again.

A number of other dating apps are allowing users to showcase how they are currently dating, in an attempt to get people ‘dating physically’ again after a year of lockdowns, social distancing, and virtual dating.

A survey from Inner Circle revealed that 71% of British singles would look to cancel a date with someone who had refused to take a COVID vaccine.

The research also showed that two-thirds aren’t actively dating at the moment and for those who were, 46% are keeping it strictly digital.

The pandemic has had an exceptionally damaging effect on physical dating over the last 12 months, and relationships in general. A survey by appn has showed that 75% of breakups were caused by issues to do with COVID-19.

Almost 75% of these relationships ended because of reasons related to the pandemic, with disagreements over its seriousness being one of the most prominent.