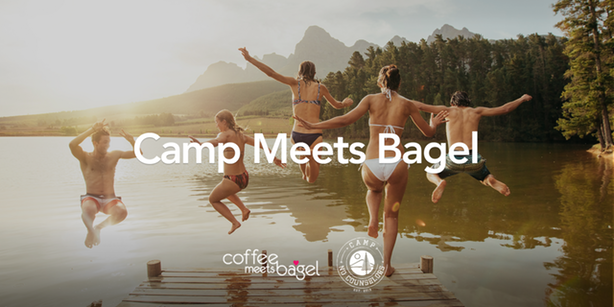 The company has pulled data from Harris Poll which showed that 78% of millennials would rather spend money on an experience than just something they could own. So, Coffee Meets Bagel has ‘turned dating into an experience’.

Coffee Meets Bagel has already tried the idea of a dating experience with a test launch of a Run Date Festival in Hong Kong, and over 1,300 people took part.

Dawoon Kang, Co-Founder and COO of the company said: “We are planning a weekend packed with fun activities including those specifically designed to foster friendship and connections. The program is designed in partnership with Camp No Counselor who are experts in the field of creating fun, nostalgic programming for adults. The activities will include group Color Wars and redefining the meaning of ‘trust fall’ on the giant swing at the ropes course. We will be encouraging all guests to disconnect from the online world and truly immerse themselves into the activities, encouraging in-person connections.”

The three-day weekend will begin Thursday, May 10 where they will pick up 300 singles at 6:00 p.m in New York City and take them off to camp in Paradox, New York.

You don’t need to be a Coffee Meets Bagel member to sign up. Early Bird registration starts at £695.00 and runs until the end of March.

Activities, alcohol and food will all be covered in the price.