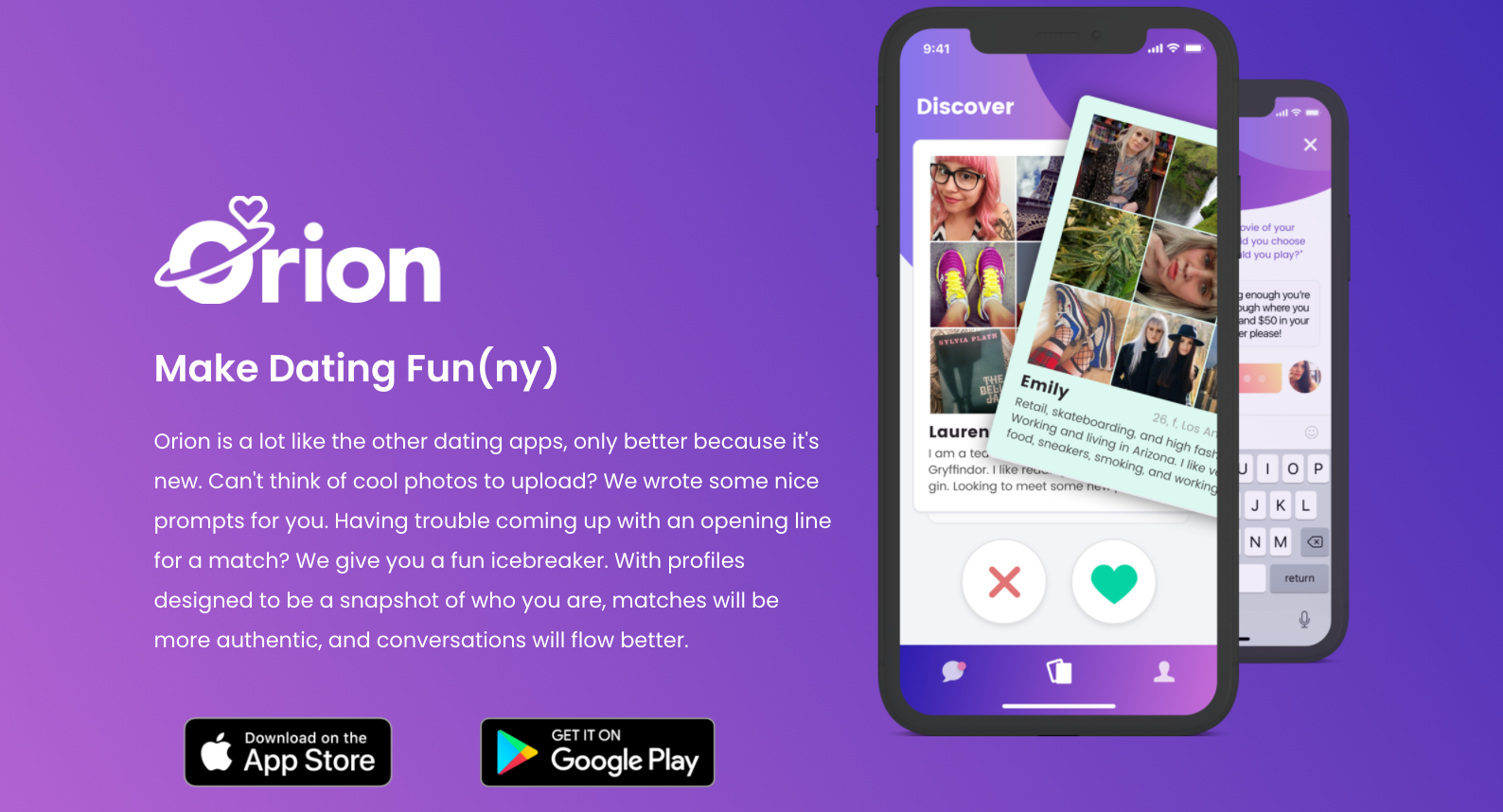 Jake Hurwitz and Amir Blumenfeld, a popular internet comedy duo and podcasters, have launched their own dating app to help their fans form personality-driven relationships.

However, the pair have aspirations to cultivate a more general user base, allowing the app to stand alone and compete with the mainstream players.

‘Orion’ was initially rolled out at the beginning of April and encourages users to upload photos that are related to a certain prompt. Potential matches can click on the images that catch their attention and find out more about the prompt that inspired it.

The design is to showcase each user’s personality and hobbies, rather than just a collection of nine random photos of themselves.

Once a match has been made, the app shows topic suggestions to help facilitate more natural and genuine conversations.

Hurwitz told Forbes: “I think [Orion is] what everybody’s looking for on a dating app. A fun, flirtatious back-and-forth. I think that Amir and I, because the core of our relationship is based on a back-and-forth and setting each other up for jokes, that’s what we were trying to do when we were building this app.”

Orion is available on the iOS and Google Play Store, generating approximately 3,000 downloads in its first few weeks.

A dating app is something that Hurwitz and Blumenfeld have been thinking about creating since 2013. They said a lot of listener questions for their podcast were based around advice for Tinder and they wanted to stop giving the brand free promotion.