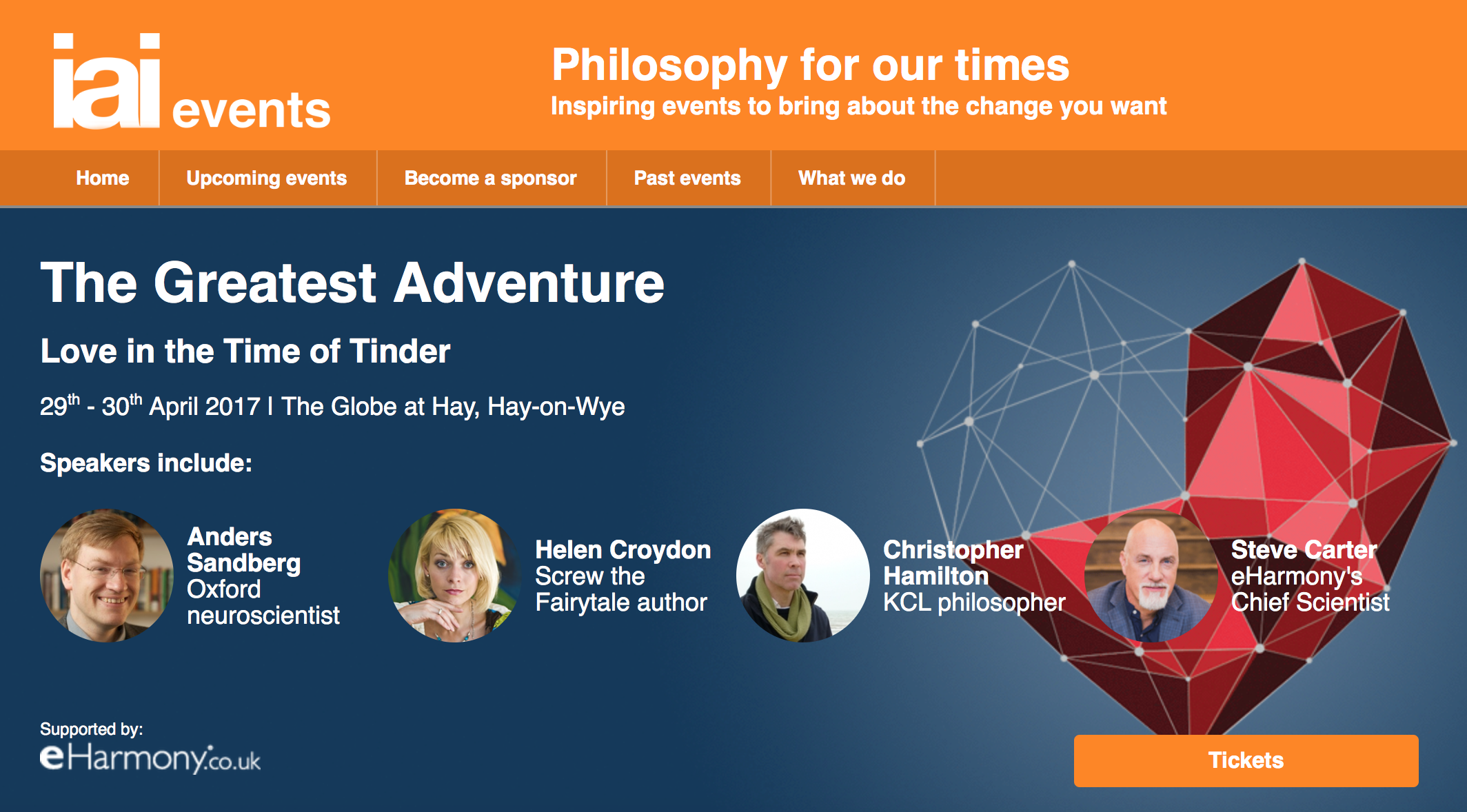 This weekend, the Institute of Art and Ideas (IAI) is hosting a conference in Wales that will delve into the state of the online dating industry, and how dating apps and sites are affecting relationships.

Across the two day conference, there will be 12 workshops, talks and debates, including a debate called “Love Me Tinder”, that will see Carter and Hamilton explore the impact that technology has had on singles.

The debate, which will close the conference on the 30th April, will question whether the large pool of singles offered by apps and sites is a bad thing and if modern day relationships have altered as a result of dating apps.

Other talks will also question the impact of the digital age on dating, look into how big data can be used to match singles, the finer workings of love and relationships and how singles should be using online dating platforms.

The IAI writes: “Technology has transformed society. With the rise of dating apps, connecting with others has never been easier.

“But while Tinder reached 50 million users last year, studies show we are lonelier than ever. Considered by Plato the greatest of all subjects, the philosophy of love has been replaced by the study of science and data.

“Does technology pose a threat to our relationships? Or can it be harnessed to improve not just our personal connections but society as a whole?”

To find out more about the conference and to buy tickets, please click here.