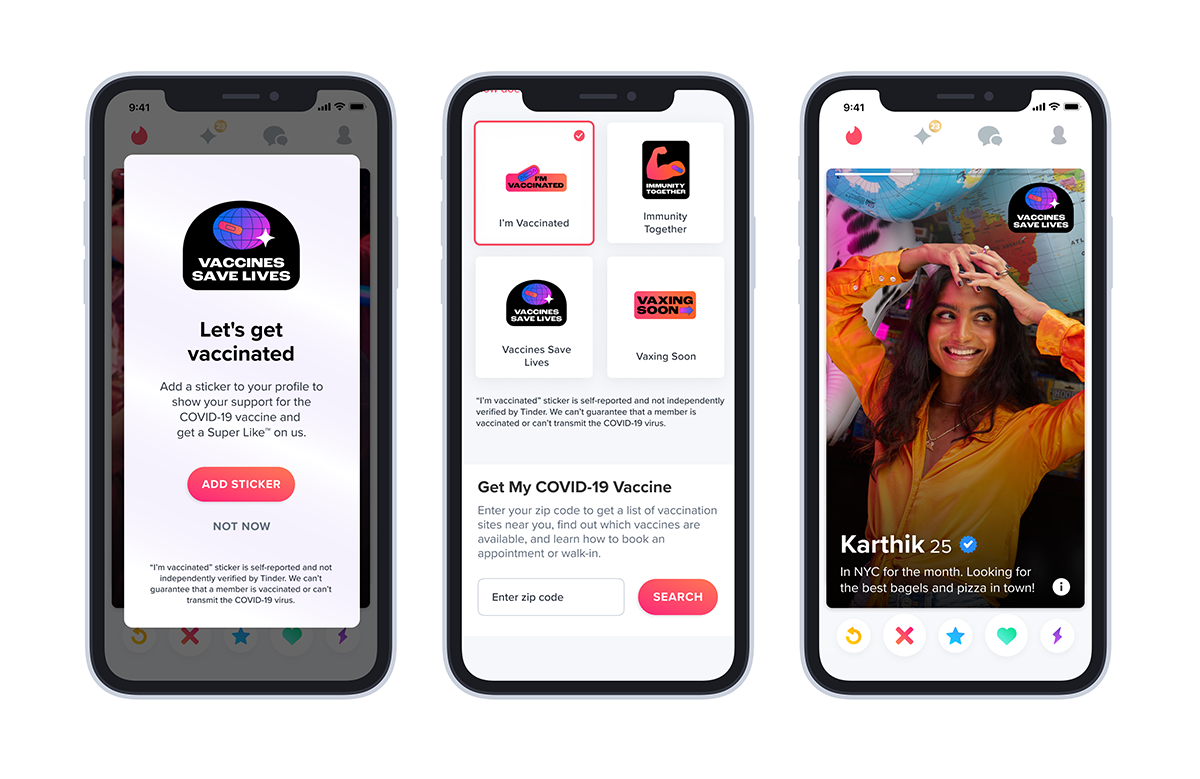 The UK and US governments have announced plans to use dating apps to promote the COVID-19 jab to younger generations. Politicians are keen to work with the “major players” to reduce hesitancy towards the jab amongst young people.

One idea being pursued in the UK is to give users a blue tick or a banner, which would show they have received the jab. Another is that the government could fund advertising on the apps describing the benefits of vaccines.

A spokesperson for the UK government told The Telegraph: “As we get to younger people, Tinder and all those apps will be approached to flag the importance of getting vaccinated. It might also give more people impetus to meet up and find love.”

Meanwhile, the White House has announced official collaborations with Match Group and Bumble. Users of the subsidiary apps can access a range of free resources and find their nearest vaccination centre.

Tinder will aid users in finding their nearest vaccination centres, and will then allow users to display stickers such as “I’m Vaccinated” or “Vaccines Save Lives” on their profile. From 2nd June until 4th July, those who participate in this promotion will receive a free Super Like.

Some of the apps on the scheme will let singles filter by vaccination status and community surveys have indicated that vaccinated individuals get more matches.

More than 85% of adults in all UK age groups above 50 have had at least one COVID jab. However, there is no guarantee that uptake will be as high among younger groups, who are less at risk of becoming seriously ill with the virus.