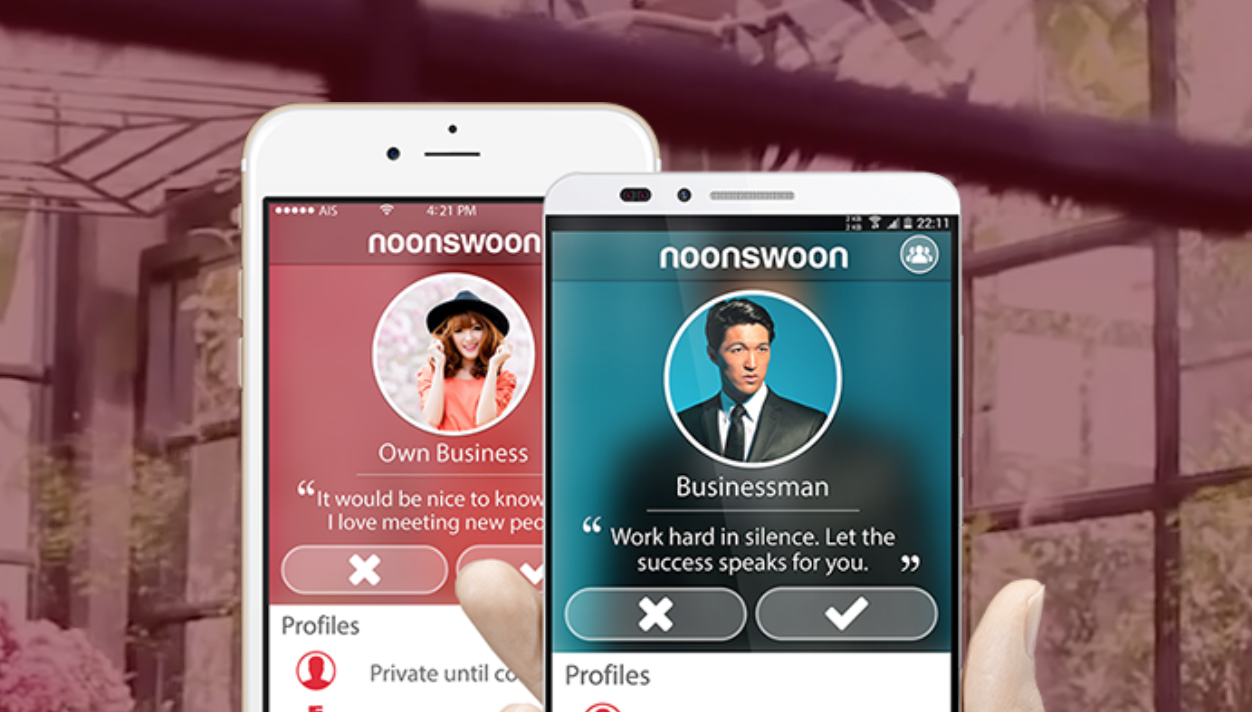 The deal saw DateTix buy Noonswoon for 700,000 shares, currently worth around $212,000, which will be paid out 24 months after settlement, DateTix announced this week.

Noonswoon is a Tinder-style dating app with over 180,000 registered users, 85% of whom are based in Thailand.

The app seeks to focus on “quality over quantity”, giving users one match every day at noon, while also running a personalised matchmaking option for paying singles.

The startup, which has been funded by GoldenGate Ventures and 500 Startups, will continue its operations in Thailand as well as looking to expand into new areas.

In a statement, Noonswoon co-founder & CEO Kavin Mickey said: “With the support and international know-how of DateTix, we can now take a proven product that we have built for the Thailand market and apply it to new markets. We are excited and look forward to become part of the DateTix Group.” The acquisition will give DateTix a revenue boost, as Noonswoon has 1,600 paying subscribers, as well as letting the company expand into Southeast Asia through Thailand.

DateTix founder & CEO Michael Ye said: “The addition of Noonswoon further strengthens our brand portfolio and increases the reach and scale of the DateTix Group, providing the company with an ideal launch pad to expand our business across Southeast Asia, one of the fastest growing markets in the world for dating services.

“DateTix Group continues to rapidly expand its footprint through both organic growth and strategic acquisitions.”

DateTix has quickly established itself as one of the fastest-growing and most ambitious dating companies in the world, carving out a strong piece of the market with a series of quality acquisitions.