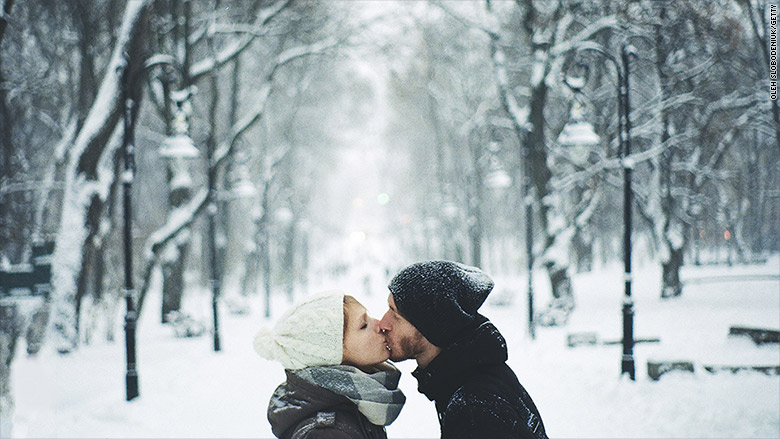 When the weather is colder, people are swiping on dating apps more.

Dating app Hinge saw activity on its platform double when snow started falling in the lead up to winter storm Stella, which hit the northeast in March 2017.

The online platform saw the amount of conversations initiated on the app increase tenfold, and back in 2015’s winter storm “Juno” Hinge also saw a 47% spike in activity.

Jean-Marie McGrath, Director of Communications at Hinge said: “Hinge typically sees a spike every time a snow storm hits with singles busy planning their snow day dates. We expect to see an increase in Hinge usage…leading up to the “bomb cyclone” and continuing through the storm.”

Tinder also saw a 10% increase in matches during the “Snowmageddon” in January 2016.

Match recently revealed that peak dating season starts from the 26th of December and runs through to Valentines Day. Hinge’s findings suggest weather may be one contributing factor.

See the graph of Hinge’s activity during Winter Storm Stella below: